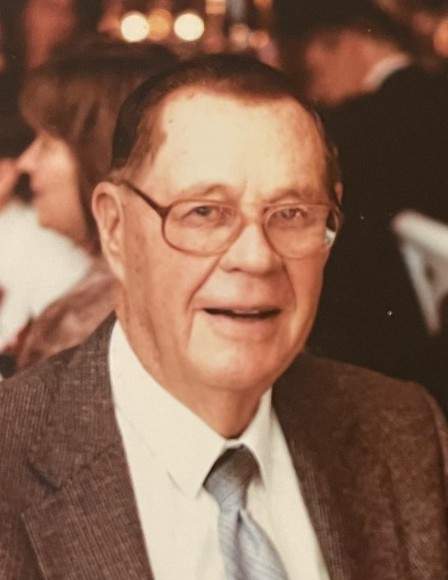 Marvin Dee Bergstrom, 87, passed away on April 15th, 2022 at Belleville Healthcare Center, Belleville, Kansas.  He was born July 20, 1934, at Cuba, Kansas, to Arvid and Ethel (Nolan) Bergstrom.  Marvin entered the United States Army in 1956 and reported to training at Ft. Chaffee, Arkansas and later stationed in Oakland, California, until he was honorably discharged in 1957.  He then served in the Kansas National Guard for six additional years.

Marvin married Marilyn Johnson on September 23, 1955, at the Brantford Covenant Church.  They started their married life north of Clifton, Kansas, and in 1957, they moved to Courtland, Kansas, where they started a farming/livestock operation.  During this time, Marvin started brokering sheep and became a country buyer for Wilson Packing Company of Omaha, Nebraska.

In this time frame, Bergstrom Livestock Company was formed and Marvin continued buying lambs for a major packing plant in Greeley, Colorado, that went through four different corporate ownerships over several decades.  Quinten continues the business, which is now over 60 years in operation.

In 1984 the Bergstrom’s partnered with the Dreesen’s from Belleville, Kansas, to purchase the sale barn in Washington, Kansas.  Farmers Livestock Commission Company operated over the next 23 years until they elected to sell the business.  Marvin loved managing the sales operations.  He enjoyed traveling in the country and visiting with all the patrons & buyers.  Many additional life-long friendships were formed during the years.

Marvin was involved with many various boards, including several Courtland Coop boards, Rural Water District, Courtland and Pike Valley School boards and the Covenant Church board.  His favorite was working as a Republic County Commissioner from 2007 to 2021.  He enjoyed working with all the people and different organizations throughout the county.

He is survived by his children: Quinten Bergstrom and his wife Melissa of Courtland, and Brenda Lagasse and her husband Lance of Concordia.  Grandchildren:  Kayla Bergstrom, Wichita, KS; Konner Bergstrom (Brittany) of McPherson, KS; Kora Copas (Taylor), Salina, KS; Layne Lagasse, Norwich, KS; Taylor Lagasse, Concordia, KS along with step grandchildren Derek Stewart (Miranda), San Angelo, TX, and Devon Sherlock (Kellan), Washington, KS, along with 11 great grandchildren.  He is also survived by his five sisters and three brother in laws.  He is preceded in death by his wife Marilyn in 2017, parents, parent in laws, brother Arvid and his wife Rosella Bergstrom, and brother in law Harvey Roscoe.

Funeral Services will be at 10:00 a.m., Saturday, April 23rd, 2022, at the Courtland Memorial Covenant Church with burial following at the Courtland Cemetery.  Visitation will be Friday, April 22nd, from 9am – 8pm, with family greeting friends from 6pm – 8pm, at Tibbetts-Fischer Funeral Home in Belleville.

In lieu of flowers the family suggests memorials to the Courtland Memorial Covenant Church, and may be sent in care of the funeral home.

Tibbetts-Fischer Funeral Home is assisting the Bergstrom family with these arrangements, www.tibbettsfischerfuneralhome.com

To order memorial trees or send flowers to the family in memory of Marvin Bergstrom, please visit our flower store.