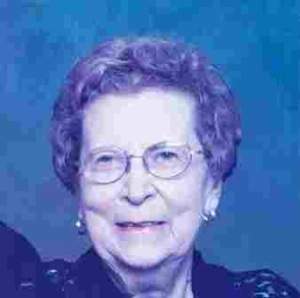 She was born on a farm south of Cuba, KS on April 10, 1921, the daughter of James and Mary (Houdek) Kauer. She was the youngest of 9 children.

She was preceded in death by her husband William; son, Richard; grandson Timmy; her parents; and her 3 sisters and 5 brothers.

Amelia will be fondly remembered for her love of ballroom dancing and cooking, especially her prize winning pies.

To order memorial trees or send flowers to the family in memory of Amelia Pelesky, please visit our flower store.