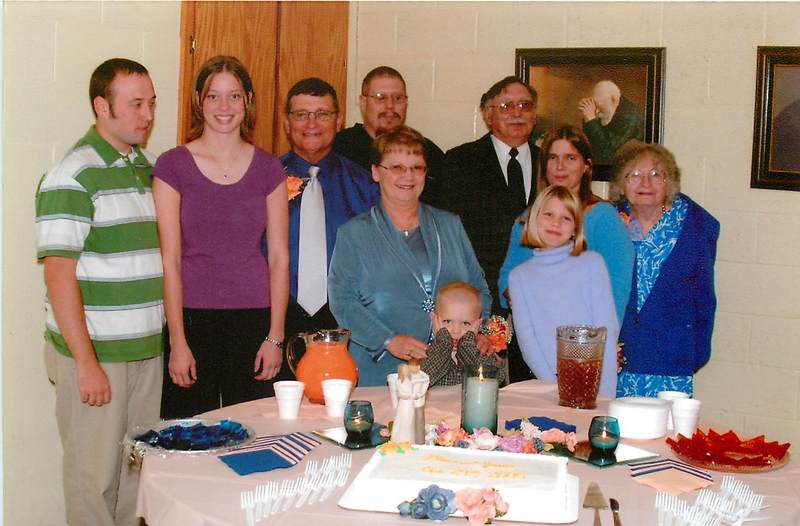 Ann Rosalie Houdek, daughter of Jacob and Johanna (Jennie Ledvinka) Vesely, died Monday, August 4, 2014 at the Belleville Health Care, Belleville, Kansas. She was born December 24, 1914 in rural Munden, Kansas and lived to be 99 years, 7 months and 11 days. Ann attended White Lock elementary school near Munden. In February 1940, she was united in marriage to Charles Houdek. To this union was born Gary and Marvin (Janis), both of the Munden, Belleville area. She was a homemaker and farm wife, still living in her home until 2 ½ months before her death. Ann’s husband preceded her in death in 1997. She was also preceded in death by her parents; daughter-in-law Connie Williams Houdek; six of her seven siblings: Jim, Mollie (Krob), Barbara (Havel), Jennie (Krob), Mary (Rudolph), and Charlie, and their spouses. Ann will be forever remembered by her two sons and daughter-in-law; her brother Frank Vesely, Belleville; four grandchildren and two spouses; four step-grandchildren and two spouses; four great grandchildren; six step great grandchildren; and one step great, great grandchild. Graveside services will be held at Tabor Cemetery, rural Munden, at 2:00pm Thursday, August 7, 2014 with interment to follow. Refreshments and visitation will take place at the Munden community building following the service and all are invited. The family asks that in lieu of flowers, memorials be made to the Ann Houdek Memorial Fund or to the charity of your choice. Tibbetts-Fischer Funeral Home, Belleville, Kansas is in charge of these arrangements.

To order memorial trees or send flowers to the family in memory of Ann Houdek, please visit our flower store.