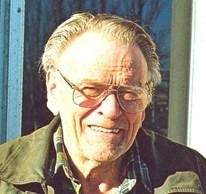 August "Gus" Elof Fleming, Sr. 91, of Indianapolis died 17 December 2014. He was born on 2 March 1923 in Kansas City, Kansas to the late Kenneth and Minnie Josephina (Olson) Fleming. Gus was a natural born engineer and an accomplished musician, playing the glockenspiel since the age of three, and learning to read music as his first language, thanks to his mother. He also played the piano, violin, cello, cornet and, his favorite, the marimba. At the age of fourteen, Gus was struck with polio. As those who knew him can attest, he did not let this condition encumber him, ever using his engineer's mind to create solutions to any mobility issues he faced. Gus graduated as a University of Kansas Jayhawk in 1948, going on to work for the next 30 years for General Motors and Detroit-Diesel Allison (Rolls Royce Indianapolis). It was during his work at Rolls Royce that he became a pioneer in the field of airflow measurement. In 1974, he established Fleming & Associates Calibration in Indianapolis. To date, approximately 80% of all small turbine engines throughout the world have components measured on Fleming designed airflow measurement testing systems. Three of his inventions continue to be used by Rolls Royce, 50 years after their inception. Two of these machines, designed in 1965, continue to be the fastest airflow measurement systems in the world. Today, his son Ron continues the family business on North Capitol Avenue in the historic Stutz Building. Gus was a member of the Universalist Unitarian Church, American Society of Mechanical Engineers, the American Civil Liberties Union and was a founding member of Circle Unitarian Universal Fellowship Indianapolis. He enjoyed classical music, discussions about democracy, aviation, and wind-energy, was a private pilot and was true to his Swedish roots. He is survived by his children, Phyllis B. Fleming, August E. Fleming, Jr., Ronald J. Fleming and Lauren Fleming; grandchildren, Mark A. Tegtmeyer, John M. Fleming, Jordan W. Fleming, Caitlin N. Fleming, Christian D. Fleming, Bailey E. Workman and Madison R. Workman. He is also survived by his only existing cousin Eleanor Langston of Courtland Kansas. Gus was preceded in death by his wife Ethel Ann (List) Fleming, son Kenneth Fleming, and siblings Edwin Fleming and Annie (Fleming) Howe, Nadine (Fleming) Draper.

Graveside services & interment will be held 11:00am Tuesday, December 30, 2014 at Ada Lutheran Church, rural Courtland, Kansas with the Reverend Thomas Kamprath officiating. Memorials may be made to the family. Tibbetts-Fischer Funeral Home, Belleville, Kansas is in charge of these arrangements.

To order memorial trees or send flowers to the family in memory of August Fleming, please visit our flower store.