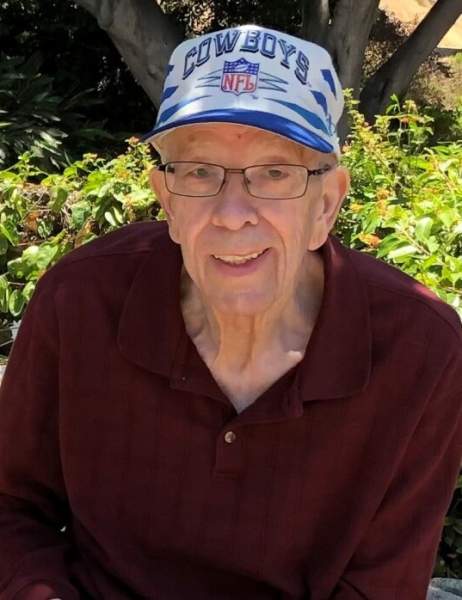 Bernie's Tribute Video may be found on this page, following his obituary.

Bernie (Bernard) Dean Mohr was born on July 28, 1943, in Chester, Nebraska, the son of Edward & Odessa (Smith) Mohr. Bernie grew up in Chester, and graduated from Chester High School. Following high school, Bernie enlisted in the US Navy, and was honorably discharged in 1964. Later, Bernie attended Brown Mackie College, earning his degree in Business. Bernie worked for M-C Industries for over 30 years and at Reinke Manufacturing, where he retired as the Purchasing Manager.

On July 25, 1965, Bernie was united in marriage to Betty (Elizabeth) Feasel, and to this union of 56 years, two daughters were born, Amy and Angie.

Bernie was a lifelong member of the Chester and Belleville Methodist Churches, and he also served his community as a member of the Belleville City Council and the Belleville Public Library Board. He enjoyed working in his yard, watching Westerns, listening to country music, and watching Dallas Cowboys football games. Bernie especially loved watching his grandchildren grow up and attending their many events.

Bernie passed away at the Republic County Hospital in Belleville with Betty and his girls by his side, on Saturday, September 25th, 2021, at the age of 78 years, 1 month and 28 days.

Memorial Services will be Saturday, October 2nd, 2021, at 11:00 am at the Central Christian Church in Belleville. Military Honors will be provided by the US Navy Honor Detail.

Friends may sign Bernie’s register book on Friday, October 1st, from 9:00 am – 5:00 pm at Tibbetts-Fischer Funeral Home in Belleville.

Memorials are requested to the American Heart Association or the Bernie Mohr Memorial and may be sent in care of the funeral home.

To order memorial trees or send flowers to the family in memory of Bernie Mohr, please visit our flower store.