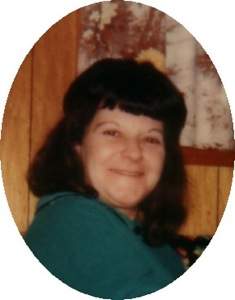 Betty Faye McCollum, daughter of Forest and Martha (Cardwell) Snyder, was born June 5, 1930 at . She passed from this life Tuesday, January 4, 2011 at in . She was 80 years of age. When Betty was a young girl her family moved to and she attended schools there. Her first job was setting pins at the local bowling alley in . While in high school, the family returned to the area and she graduated from . Throughout her life, Betty worked in various jobs. She spent many years in food services. She managed the kitchen and bar for the Belleville Country Club when it was located across form the airport and when it was first relocated to its present location. Betty and Frank managed the V.F.W. also worked at the old Eagles Lodge in , and she cooked at the schools for several years. Betty worked for M-C Industries in until she retired several years ago. Betty and Frank McCollum were married August 9, 1993 and they have enjoyed these many years together. Betty was preceded in death by her parents; infant grandsons Matt & Trinity Saip; sisters Esteline and Alice; brothers Jim, Gene, and Walt Snyder. She will be forever remembered by her husband Frank; children Sid Saip and partner Donna Francis; Judy Vizner and husband Lee all of Belleville, Garland Saip, Las Vegas, Nevada, and Wanda Ray, Las Cruses, New Mexico; step-children Shannon McCollum and wife Laurie, Topeka, Kansas, Michele Peterson, Littleton, CO, and Michael McCollum, Littleton, CO; 13 grandchildren; 8 great grandchildren; brother Forest Junior Snyder., Olathe, Kansas; many other relatives and friends.

To order memorial trees or send flowers to the family in memory of Betty McCollum, please visit our flower store.