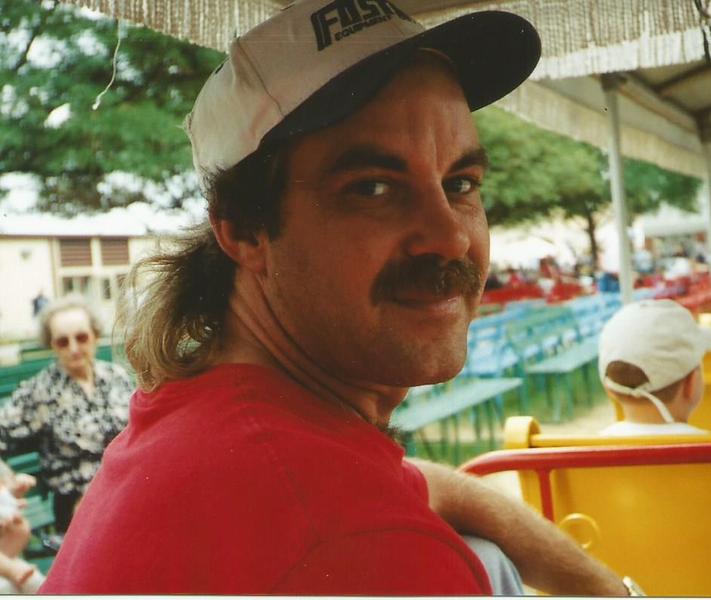 Direct Cremation Services Were Chosen. There Will Be No Visitation. The Book May Be Signed Thursday 9am to 5pm at the funeral home. Memorials may be made to the Brett Kirk Family.

Brett Scott Kirk, 54, of Scandia, Kansas passed away at his home Monday, July 3, 2017. Brett was born in McCook, Nebraska on March 7, 1963 to Glen and Loretta (Freed) Kirk. He was the youngest of their four children. Brett graduated from Seaman High School in Topeka in 1981. He went to Kansas State University in Manhattan and received a degree in Agronomy. After his graduation from KSU, Brett worked for the Soil Conservation Service in McPherson, Kansas and then the ASCS office in Mankato, Kansas. Brett was always drawn to the family farm and worked the land with his grandfather, Glenwood Freed. He continued living at and farming the family farm after Glenwood’s death. Brett often said, “There is no view like the view from the seat of a tractor or combine.” Brett was the farm manager for Glenwood Farms Inc., the Family Corporation. Brett was married to Darci Graves on August 27, 1994 and to this union two children were born, Scott Riley Kirk and Shawna Rachelle Kirk. Brett and Darci later divorced and his children live in Tonganoxie, Kansas. Brett had an adventurous soul and loved to travel. During his lifetime, he traveled to all 48 contiguous states, Canada and Mexico. He always thought it would be great to live in Mexico and run a jeep rental service. He was fortunate enough to have his children accompany him on some of his vacations. Another passion for Brett was vehicles. He loved old cars, trucks and motorcycles and owned several. Going to car shows and shooting the breeze with other enthusiasts was something he enjoyed. Animals also brought a smile to his face. He usually had a dog by his side and it was not uncommon for him to have several cats running amok on the farm. He had a parakeet and at one point was even feeding a skunk! Brett will be forever remembered by his father and step-mother Glen E. and Sharon (Freed) Kirk, Scandia, Kansas; his brother Lynn Kirk, Topeka, Kansas; sisters Kim S. Kirk, Scandia and Lisa J. Powers (Chris), Meriden, Kansas; step-brother Shannon D. McCollum (Laurie), Topeka; his children Scott and Shawna, Tonganoxie; and several nieces and nephews. He was preceded in death by his mother Loretta Kirk, paternal grandparents Ernest L. and Kathryn M. (Thompson) Kirk, maternal grandparents Glenwood D. and Helen (Goodwin) Freed, and step-grandparents Leonard C. and Gladys E. (Thomas) Freed. Brett will be greatly missed!

To order memorial trees or send flowers to the family in memory of Brett Kirk, please visit our flower store.