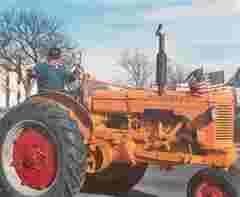 FAMILY WILL BE GREETING FAMILY AND FRIENDS FRIDAY 6pm TO 8pm AT THE FUNERAL HOME.

Charles Dale Cornett, son of Clarence and Jane (West) Cornett was born March 11, 1930 on the west homestead farm south of Rydal, Kansas. He passed from this life Wednesday, October 21, 2015 at Republic County Long Term Care in Belleville, Kansas at the age of 85 years. He grew up on the farm to manhood and received his education from public school district Poplar Grove #84, where his mother and her seven sisters and two brothers also attended. As time went by he belonged to the Rydal Rustlers 4-H Club and this is where he met his first wife Freta Blackburn. On April 4, 1949 he was united in marriage to Freta and they started their lives together on his father’s farm south of Rydal, a mile and quarter from where Charles was born. Three children came to bless their home, Melvern, Mary, and Gail. They lived on this same farm for 53 years until the time of Freta’s death June 14, 2001. After Freta’s death from a car accident, Charles left the farm and moved to into Belleville in 2002. He met Ramona and on August 27, 2005 he married Felicitas Ramona Taylor. Charles was a lifelong farmer and loved the land, his livestock, and working with the cows and baby calves. He was a member of Central Christian Church of Belleville. He was baptized in 1960 and spent over 40 years off and on as a Deacon of the Church. In the early 1980s Charles learned to play the guitar. He shared his music with others by going to the rest homes and playing his guitar. Charles was on the committee to help build the Republic County 4-H building at the fairgrounds, and drove school bus for USD 427 for 14 years. He served on the Poplar Grove School Board. Charles enjoyed helping out at the Republic County Historical Museum. He also served on the committee to help build the Rural Water District #2. That turned out to be a big project as the water well was at the location a mile south of Chester, Nebraska. The guys that served on this committee had to get easements to run this line across the farm land that the water line crossed. The rural water district helped a lot of farmers. Charles was preceded in death by his parents, wife Freta, brothers Francis, Lloyd, and Glen Cornett. He will be forever remembered by his wife Ramona of their home; children Melvern (Carolyn) of Belleville, Mary (Kirk) Hoffman of Olathe, Kansas, Gail of Scandia, and Ramona's daughter Linda (Wes) Wendt, Belleville; 11 grandchildren; 7 great grandchildren; sisters-in-law Erma Cornett of Scandia, Delores Boman, Hebron, Nebraska, Donna (Warren) Holmes, Manhattan, Kansas, Rosalyn (Clifford) Ogle of Richland, Missouri, and Ilene Kelly, Belleville; other relatives and friends. Funeral services were held Saturday, October 24, 2015 at the Central Christian Church in Belleville, Kansas with Pastor Mark Imel officiating. Burial was in the Belleville City Cemetery. Memorials may be made to the church or American Cancer Association. Tibbetts-Fischer Funeral Home assisted the Cornett family with these arrangements.

To order memorial trees or send flowers to the family in memory of Charles Cornett, please visit our flower store.