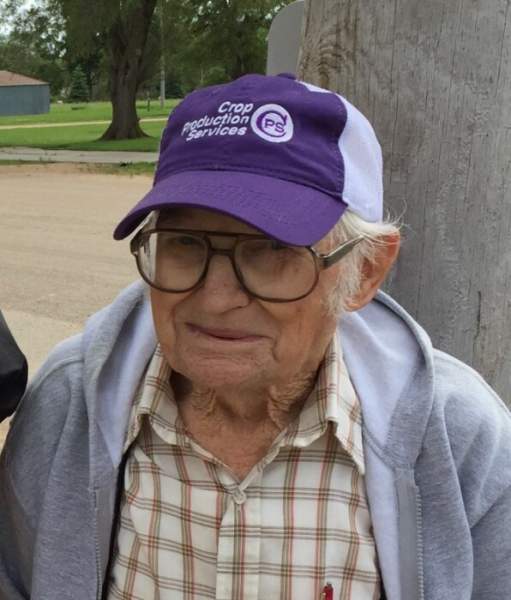 Charlie Albert Rolen was born on June 8, 1929, near Idabel, Oklahoma, the son of Johnnie V. & Sadie T. Rolen. Charlie attended Pleasant Hill school until the 7th grade, when he went to work for his dad.

Charlie married Florence June Ellis on April 3, 1960, and they lived around Mahaska their entire lives. Charlie was a hardworking man his entire life, and was always doing something or on the go. He worked as a farmer / stockman, then later worked for CE Combustion Manufacturing in Concordia until his retirement. In his spare time, Charlie tore down buildings and barns around Mahaska.

He is preceded in death by his parents, Johnnie and Sadie, his wife June in 1996, daughter Sheila DeMars, daughter Carol VanDevege, brother Kenneth Ray Rolen and brother Delmer Rolen.

Cremation was chosen, and a private, family service will be held at the Mahaska City Cemetery.

Memorials are requested to the Mahaska Community Center, and may be sent in care of Tibbetts-Fischer Funeral Home.

To order memorial trees or send flowers to the family in memory of Charlie Rolen, please visit our flower store.