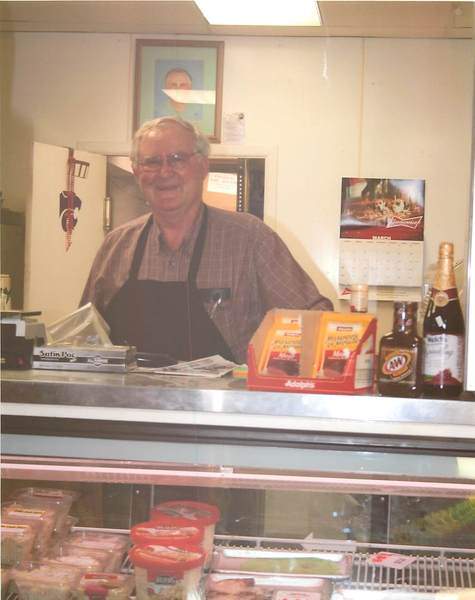 Family will greet friends and family Wednesday 6pm to 8pm at the funeral home. Memorials may be made to the Dale Huncovsky Memorial.

Dale Lee Huncovsky, son of Kenneth & Bonnie (Kalivoda) Huncovsky, was born July 9, 1953.  He was a lifelong resident of the Cuba community. Dale attended the Cuba schools and graduated from Hillcrest High School with the Class of 1971. He attended the Beloit Vo-Tech School and then returned to Republic County and was employed with various companies including the Haddam Elevator, Sis Seed and M-C Industries. On June 8, 1973 he was united in marriage to Laverna Dulin in Cuba and to this union three children, Quint, Kelly and Kassi were born.  In the summer of 1986 he purchased the Cuba Cash grocery store from LaVern Kopsa and he and Laverna have continued to operate until this day. The grocery store was the launching pad for their Catering Business that is known far and wide. His world famous beef brisket has been served all over the area even to the KBI in Topeka. Later they opened “Two Doors Down” the Cuba restaurant known throughout the area. Dale lived and devoted his life to the betterment of the Cuba Community. He served with the Cuba Lions Club and Booster Club, several years as President. He organized a multitude of community activities and events and was instrumental in helping to start the first Rock-A-Thon, rebuilding the Blacksmith Shop, moving the Old School house to main street, and promoting the community of Cuba in any way possible. He was part of the K-State Rural Grocery Summit and the town’s current Mayor. Although his beloved Cuba community was his passion, the real love of his life was his family, especially his grandchildren. He was so proud of them and enjoyed every minute he could spend with them and enjoying their activities. Dale was a hardworking man that pushed for so many things for the good of his family and his community. Even though he was always on the go, he always took the time to visit, crack a few jokes, and make someone laugh.  Dale’s life on this earth came to a close suddenly Sunday evening, November 16, 2014 when his ailing heart finally gave out. He was 61 years of age. He was preceded in death by his parents; infant brother Edwin Joe; and other family members. Dale will be forever remembered by his wife Laverna of their home; daughters Kassi Huncovsky and Kelly (Jimmy) Melton of Cuba; son Quinton and wife Summer of Manhattan; his beloved grandchildren Lakyn & Cannon Huncovsky, Trey & Tallyn Melton; sisters Diana Elyea and Charlene Tuma, Belleville; brother Lyle (Lynn) Huncovsky, Salina; several nieces and nephews; other relatives; a community of colleagues; and friends too numerous to count. Funeral services were held Thursday, November 20, 2014 at the Community Hall in Cuba, Kansas.  He was laid to rest in the National Bohemian Cemetery District 13 southeast of Cuba. Memorials may be made to the Dale Huncovsky Memorial to be designated by his family. Tibbetts-Fischer Funeral Home, Belleville, Kansas assisted with these arrangements.

To order memorial trees or send flowers to the family in memory of Dale Huncovsky, please visit our flower store.