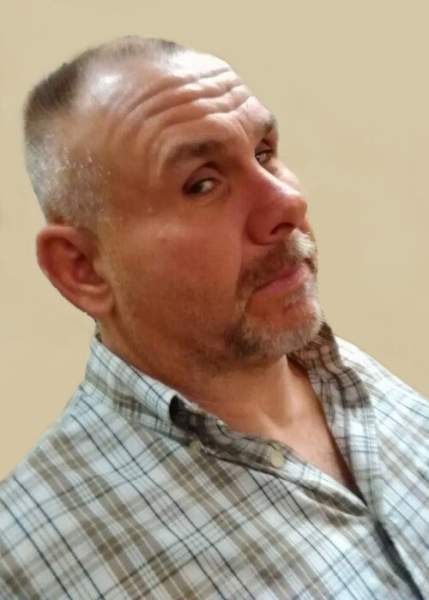 Daren Lee Johnson, son of Leo Johnson and Virginia (Corman) Johnson, was born in Clay Center, Kansas on January 23, 1964. He passed from this life on Friday June 10, 2022 in Concordia, Kansas at age 58.

Daren grew up in Clay Center, Kansas and attended Clay Center High School, graduating in 1983. While in High School he joined the Kansas Army National Guard. After graduation, Daren attended Beloit Technical College for Diesel Mechanics. Daren served in the Army National Guard for 27 years, including a one year deployment in Iraq. He retired from the Army as a Staff Sergeant (Rank SSG), receiving several medals and awards. He later worked for Kansas State Printing, The Belleville Telescope, and Champlin Tire.

Daren was a member of the Scandia United Methodist Church and an active service officer for the Concordia American Legion.

He had two children, Ethan Darrel Johnson and Sheridan Johnson of Manhattan, Kansas.

Funeral services will be held Saturday, June 25, 2022 at 1:00pm at Tibbetts-Fischer Funeral Home with Pastor Ben Fulton officiating. A private, family cemetery service will be held at the Belleville City Cemetery, at a later date.

Memorials may be made to the Daren Johnson Memorial Fund in care of the funeral home.

Tibbetts-Fischer Funeral Home is assisting the Johnson family with these arrangements, www.tibbettsfischerfuneralhome.com

To order memorial trees or send flowers to the family in memory of Daren Johnson, please visit our flower store.