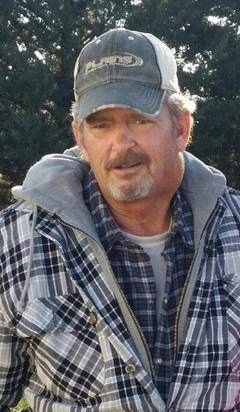 David Alan Gebers, son of Marvin Gebers and Frances T. Ziegler Gebers, was born August 26, 1960, in Hebron, Nebraska, and after a brave battle with cancer, passed away on June 27, 2018, at Republic County Hospital in Belleville, Kansas, at the age of 57.

David attended grade school at Washington Central in Kansas, Byron School in Nebraska, and Republic School in Kansas. He graduated from Belleville High School in 1979. A member of St. Paul’s Lutheran Church in Byron, Nebraska, David was baptized on September 25, 1960, and was confirmed April 27, 1975.

David worked on the family farm from 1982 to 1999.  He also assisted with his family’s service station in Byron until it closed in 1995. After earning his CDL, he worked for Eitzmann Trucking. Most recently, David was employed by Tietjen and Son in Byron.

He was preceded in death by his parents, Marvin and Frances Gebers, and brothers Steven Gebers and Roger Gebers. He is survived by numerous relatives and many friends.

Tibbetts-Fischer Funeral Home, Belleville, Kansas is in charge of arrangements. Condolences may be left at www.tibbettsfischerfuneralhome.com

To order memorial trees or send flowers to the family in memory of David Gebers, please visit our flower store.