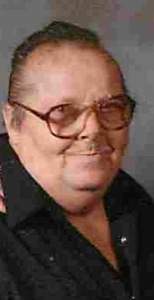 David Clarence Hollenbeck, son of Henry R. and Dorothea (Hoose) Hollenbeck, was born June 30, 1940 on the Mohawk Reservation near Cooperstown, New York. He passed from this life Monday, July 18, 2011 at the Republic County Hospital in Belleville, Kansas at the age of 71 years. David was employed by various fruit processing plants in New York as a fork lift operator. He moved to North Carolina and in 1965 was married to Judy K. Foxx. They lived in Hendersonville, North Carolina until moving to Belleville, Kansas in November of 2010 to be near their son. David was preceded in death by his parents; his son David, Jr. during the Desert Storm war; and his brother Henry R. Hollenbeck this past January. He is survived by his wife Judy and son Justin Taylor and wife Melissa of Belleville, Kansas; daughter JoAnn Duncan, Omaha, Nebraska; son Henry Hollenbeck, Henderson, North Carolina; 14 grandchildren; 5 great grandchildren; and his sister Deanna Young, Phoenix, Arizona. Funeral service and visitation was held Friday, July 22, 2011 at Tibbetts-Fischer Funeral Home, Belleville, Kansas. Clergy was Dean Frost, family friend from Omaha, Nebraska. David will be laid to rest by his father in Highland Rural Cemetery in Jordanville, New York. Tibbetts-Fischer Funeral Home, Belleville, Kansas, was in charge of these arrangments.

To order memorial trees or send flowers to the family in memory of David Hollenbeck, please visit our flower store.