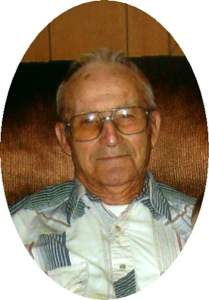 Donald Dean Weatherhead, son of Claude and Eleanora (Vette) Weatherhead, was born on April 13, 1924 in .  He passed from this life on Sunday, December 19, 2010 at the in at the age of 86 years.  Dean attended school in until the 8th grade.  Later he enlisted in the Army and served in World War II and the Korean War and received several honors. On April 20, 1954 he was united in marriage to Wilma Jean (Racette) Weatherhead and to this union eight children were born.  Dean and Jean were married for 49 years and lived on their farm from 1959 until current.  Dean has been a farmer for the majority of his life.  He loved spending time with his family and friends, playing cards and working on the farm.  Dean was proceeded in death by his parents, his wife Jean, his son Neal in 1974; infant grandson Spencer Isaacson,  infant granddaughter Avery Weatherhead, grandson Jacob Weatherhead, brothers Howard Weatherhead and Karl Weatherhead and sisters Erma Weatherhead and Edna Weatherhead.  He will be greatly missed and forever remembered by his children, Dana Weatherhead and his wife Diana of Belleville, Ks., Craig Weatherhead of Concordia, Ks., Curt Weatherhead and his wife Julie of Talmo, Ks., Sharon Mathiesen of Bonner Springs, Ks.,  Karl Weatherhead of Wichita, Ks., Carol Isaacson and her husband Gary of Overland Park, Ks., and Jared Weatherhead of Concordia, Ks., 18 grandchildren; 11 great grandchildren, his sister Lola Bilhimer and her husband Glen of Shawnee, Ks; many other relatives and a host of friends.

Funeral services will be held 10:30 AM, Thursday, December 23, 2010 at St. John the Baptist Church, Clyde, Kansas with the Reverend Larry Letourneau officiating. Interment in with Military Honors provided by the Veterans of Foreign Wars Post No. 7515, . Tibbetts-Fischer Funeral Home, was in charge of these arrangements.

To order memorial trees or send flowers to the family in memory of Dean Weatherhead, please visit our flower store.