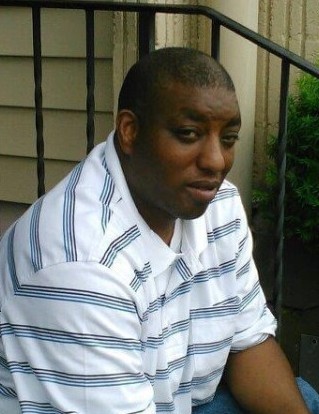 Derrick was born September 1, 1975 in Boston, Massachusetts to Marchelle Daniels. Derrick was adopted at the age of two and raised by his single foster parent, Bertha Hudson.

In Boston, Derrick attended and graduated from elementary school at the James James Chittick School, middle school at the William Barton Rogers School and high school at English High School. In 1997, Derrick graduated from Northlands Job Corps in Vergennes, Vermont with a degree in General Business. Derrick continued his studies at Champlain College.

Derrick had a passion for writing, drawing and sports. Derrick authored the first of a series of fantasy novels entitled Desiree: The Half Elf Princess Warrior published in 2018. Derrick enjoyed supporting his favorite sport teams; Boston Celtics and New England Patriots. Derrick was always kind and caring to everyone. Derrick had the biggest and most kind heart.

Derrick is survived by and will be deeply missed by his daughter, Juliana Marchelle Johnson-Hudson, his adopted and biological family as well as many friends.

Cremation has taken place, and a private service for the family will be held in Massachusetts at a later date.

To order memorial trees or send flowers to the family in memory of Derrick Hudson, please visit our flower store.