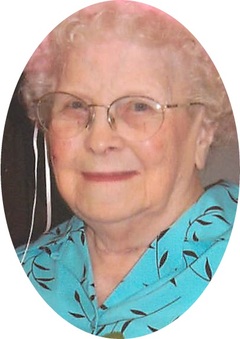 DUE TO WEATHER CONDITIONS, THE VISITATION AND FAMILY GREETING WILL NOT BE HELD ON SUNDAY.  THE SERVICE TIME HAS CHANGED FROM 10:30 AM, MONDAY TO 2:00 PM, MONDAY, JANUARY 16, 2017

Donafae Maxine Kadavy, daughter of Myrtle Richardson Wilbert and William E. Wilbert, Jr., was born November 9, 1927 in Belleville, Kansas. She attended Belleville schools, graduated from Belleville High School in 1945, and was a lifetime resident of Republic County. Donafae was employed with Southwestern Bell Telephone Company in Belleville, Kansas and then a homemaker/farmwife. She was united in marriage to John Amos Kadavy of Munden, Kansas on March 30, 1952 at the Central Christian Church in Belleville. To This union a son, David john Kadavy, was born. She and her husband John farmed north of Munden, later moving to a farm north of Belleville where they ran a dairy. Later they moved to a farm south of Munden. Donafae passed from this life Monday, January 9, 2017 at the age of 89 years. She was preceded in death by her parents Myrtle and William Wilbert; two brothers Paul L. Wilbert and Glenn E. Wilbert, and her husband John A. Kadavy. She will be forever remembered by her son David John Kadavy, daughter-in-law Marcia Roesener Kadavy, and two grandsons, Adam Isaiah Kadavy of Scott City, Kansas, and Aaron Joshua Kadavy of Centennial, Colorado (fiancée Michaela Finn).

To order memorial trees or send flowers to the family in memory of Donafae Kadavy, please visit our flower store.