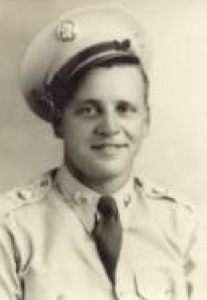 Donald Lee Kolman, son of Edward and Amelia (Havel) Kolman, was born July 16, 1928 at Cuba, Kansas. He passed from this life Monday, August 29, 2011 at the Republic County Hospital in Belleville, Kansas having attained the age of 83 years. He was raised in the Cuba community attending Cuba High School and graduating with the Class of 1945. In 1951 Don was drafted into the United States Army and served overseas in France and Germany during the Korean War. He was honorably discharged in 1953 and returned home. On May 23, 1953 he was united in marriage to Gloria Lawson at Lincoln, Kansas and together they raised three children, Marty, Mark and Kimberly. Early in his life, Don worked as a carpenter with Jr. Wiruth and for himself. In April 1956 he began his career with the Republic County Highway Department, a span of 37 years. Most of his time with the County was operating his "Cat" dozer. Don retired in November 1993. His off hours were spent farming, raising livestock and he never missed any of his kid's activities. Don loved his family and spending time with the grandchildren and their families, working on lawn mowers and the gambling trips to the casino. Don will be forever remembered by his loving wife Gloria of their home; sons Marty of Agenda, Kansas and Mark of Cuba, Kansas; his daughter Kim also of Cuba; grandchildren Krystal and husband Casey Richard, Miltonvale, Kade Kolman and wife Sarah, Concordia, Kara and husband Rusty Morehead, Utica, Nebraska, Sarah and husband Nick Lehman, Clay Center, and Tyler Kolman, Cuba; great grandchildren Broden Kent Kolman, Kaydre Addison Kolman, Gus Lamar Morehead, Clancy Eugene Morehead, Boone Timothy Richard, and McKennon Joseph Lehman; his sisters Pauline (Ken) Wolf, Lincoln, Kansas and Shirley (Harry) Chermak, Narka, Kansas; many other relatives and a community of friends. Funeral services were held Thursday, September 1, 2011 at the Presbyterian Church in Cuba, Kansas. Burial was in Kopsa Cemetery, rural Cuba. Military Rites were conducted by the American Legion Post No. 345, Cuba. Memorials may be made to the Cuba Legion, Presbyterian Church or NCK Healthcare Foundation. Tibbetts-Fischer Funeral Home, Belleville, Kansas was in charge of these arrangements.

To order memorial trees or send flowers to the family in memory of Donald Kolman, please visit our flower store.