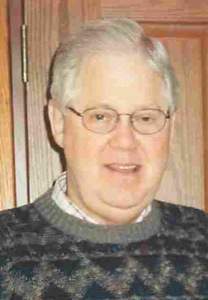 Donald "Don" Joe Novak, 70, of Overland Park, Kansas passed from this life March 31, 2012, at his home. Don was born July 24, 1941, in Concordia, Kansas, to Joseph "Joe" and Leatha "Polly" (Speers) Novak. Don was raised in Haddam, Kansas and graduated from Haddam High School in 1959.  He received his bachelor's degree in civil engineering from Kansas State University in 1964 and his master's degree in environmental water and health from the University of Kansas in 1971. Don married VaLinda (Chartier) Novak on January 26, 1963 in Haddam, Kansas.    Three children were born of their 49 year union. Don began his engineering career in Kansas City at Layne Western Drilling Co. and then Burns and McDonnell.  In 1975, Don moved his family to Hiawatha, Kansas where he started the civil engineering and surveying company, Novak and Lay, which he owned in partnership for 17 years.  He sold the company in 1992 and moved to Overland Park to rejoin Burns and McDonnell. Don loved all sports, especially baseball.  He played right field for the K-State Wildcats; he coached several little league baseball teams; and he was a Royals season ticket holder for 20+ years.  He was proud his sons followed in his footsteps and also played college baseball.  For Don, sports were not all about winning, they were about the pure love for the game. Don was involved in the Hiawatha community as president of the Booster Club, on the board of the Hiawatha Country Club, and president of the Kiwanis Club.  He also helped with school sporting events, most enjoying announcing high school football games. Don's middle name should have been "funny" as he was always seeing the humorous side of life, ready with a quick smile and a joke. Don was preceded in death by his parents.  He is survived by his wife, VaLinda; his children, daughter Courtney (Novak) Riley, and husband Mike, of Hiawatha, Kansas; son Adam Novak and girlfriend Brandy Glidewell of Lakeland, Florida; son Brady Novak of Los Angeles, California; two granddaughters, Ashlyn and Reagan Riley of Hiawatha; and one aunt, Marie Speers of Lompoc, CA. Friends may call at Tibbetts-Fischer Funeral Home, Belleville, Kansas from 1 - 9pm with the family greeting friends Friday, April 6th from 7-8:30 PM at the funeral home.  Funeral services will be at the Haddam Methodist Church Saturday, April 7th at 11:00 AM.  Burial in the Haddam Cemetery. Memorial contributions are suggested to the Haddam church or Haddam Alumni Association and can be sent in care of the funeral home, 1104 20th Street, Belleville, KS 66935. More information at www.tibbettsfischerfuneralhome.com.

To order memorial trees or send flowers to the family in memory of Donald Novak, please visit our flower store.