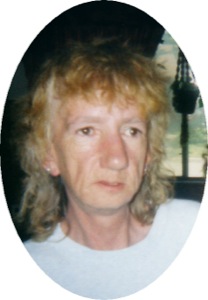 Donna Loretta Mizner, 53, , was born July 16, 1957 in the daughter of Leo and Ona (Scofield) Stark, the oldest of six children. She passed from this life Friday, August 20, 2010 at the . Throughout her early years, she attended many schools including Benedict, , Central City, Giltner, and all in . In 1977 Donna had a son Shawn Allen Stark and a daughter Rebecca Ann Mizner in 1981. In 1983 she was married to Clayton Mizner, they separated in 1996. In 1997 Donna entered a relationship with Dave Poley. Donna and Dave continued their relationship until her passing. Donna had four sisters, five brothers, 8 nephews, seven nieces, a granddaughter, four grandsons, and a daughter surviving. Her sisters include Sue Houck, Diann Mizner, Jan Stark all of Geneva, Nebraska, and Kay Brundage, Topeka, Kansas; brothers Ron Smith, Oklahoma, James Heyen, Souix City, Iowa, Jim Stark, Plainview, Nebraska, Richard Stark, Munden, Kansas and Danny Burgess, Golfport, Mississippi; her daughter Rebecca Trizicky, Belleville, Kansas. She was preceded in death by her mother Ona Stark and her son Shawn both in 2000. Donna Mizner was an inspiring young lady. She was Lutheran by faith and loved her family. Her kids and grandkids were number one in her life. She was a headstrong, feisty, yet wonderful young lady. Donna tried to help anyone if she could. She will be missed by all, yet always remembered and thought about for years to come. Funeral service will be held 7:00pm Thursday, August 26, 2010 at Tibbetts-Fischer Funeral Home, Belleville, Kansas. Family will great friends from 6-7pm before the service. Memorials may be made to the family to help defer funeral costs. Burial will be Friday at , . Information at www.tibbettsfischerfuneralhome.com.

To order memorial trees or send flowers to the family in memory of Donna Mizner, please visit our flower store.