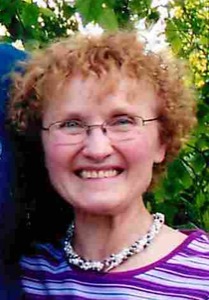 Doris Frances Kopsa was born the second twin daughter of Leon and Bonnie (Jakabosky) Lesovsky on Monday, August 21, 1939 near the family farm at Cuba, Kansas. She was called to her heavenly home on Wednesday, September 14, 2011 while at home in Cuba. She was 72 years of age. Doris attended Prairie Home School and graduated from Cuba High School with the Class of 1957. On April 9, 1961 she was united in marriage to Rodney Kopsa in Cuba. Together they raised two children, Cherie and Christopher. The family lived in the Los Angeles area till 1971 when they moved to Paradise, California and lived for the past 39 years. During these years, Doris was a loving mother and devoted homemaker and was also involved in many activities outside their home. Doris was preceded in death by her parents, Bonnie in 1967 and Leon in 2002. She will be forever remembered by her husband Rodney, daughter Cherie Cardi and husband Walter and children Noah and Autumn all of Cuba, Kansas; son Christopher and his sons Kasey (Lisa), Kevin, Colton, and Carson of Paradise, CA.; great granddaughter Khloe; twin sister Dolores Havel, Hooks, TX; brothers Don (Linda) Lesovsky, Lakewood, CO and Dale Lesovsky, Yuma, AZ; nieces, nephews, other relatives and friends.

Funeral services will be held 10:00am Saturday, September 24, 2011 at the Presbyterian Church in Cuba, Kansas. Burial will be in Kopsa Cemetery rural Cuba. Memorials may be made to the A.L.S. Foundation (Lou Gehrig's disease) in care of the family. Visitation will be Thursday 5-9pm and Friday 9-9pm with family greeting friends from 6-8pm. Tibbetts-Fischer Funeral Home, Belleville, Kansas, is in charge of these arrangements.

To order memorial trees or send flowers to the family in memory of Doris Kopsa, please visit our flower store.