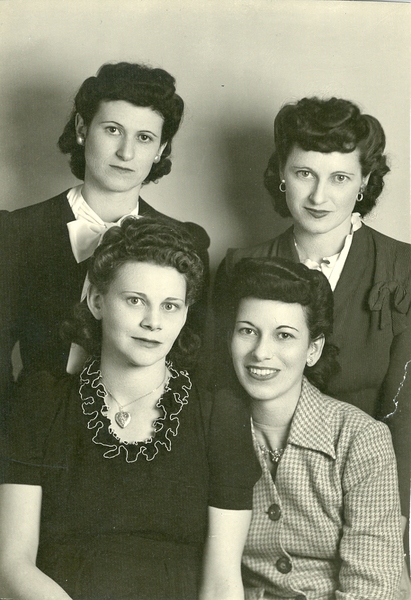 Dorothy N. Skupa, 95, of Haddam, Kansas passed away Thursday, July 13, 2017. She is survived by: sons, Keith Skupa (Sherri) of Valley Center, and Bryan Skupa (Cheryl) of Haddam; grandchildren, Jesse Skupa, Maria Rogers and Laura Skupa; three great-grandchildren; and sister, Neva Stueve of Corvallis, Ore. She was preceded in death by her husband, Edward, in 2001. Dorothy was born August 14, 1921, to William and Doris (Welch) Holloway at Spencer, Iowa.  After Doris’ death, William returned to Kansas with his children (Vearl, Marie, Troy, Neva, Cecile, and Dorothy). Dorothy was raised by her grandparent’s (Robert and Mary Welch) in Clyde. It was after she was married that she got to know her sisters and brothers. Ed Skupa and Dorothy were married on January 26, 1942 in Pasco, Oregon.  Ed worked for the US Coast & Geodetic Survey and moved frequently. Their home was most often tents, cabins if available.  In 1951 they bought their first trailer. Dorothy wrote, “Ed’s work was sometimes dangerous or hard but there isn’t many jobs that gave a chance to see the country.  Each move gave us new places to explore.” Among those places were the Columbia river, coastal areas, Indian reservations, watching an atomic blast at Nevada Proving Ground, Las Vegas, Washington DC, New York for the World’s Fair, Niagara Falls, Mt Rushmore, Yellowstone, all through Canada, and into Mexico.  She went to Alaska in 1947 and flew in on a floatplane to stay at the camp on tundra.  Together they made over 190 moves, and those they were with became family. She spent time working at a beet cannery, picking hops, picking beans, cleaning poultry, candling eggs, cashier, waitress, housekeeper, and clerk.  During WWII she worked with her sister Marie in a war factory building Quonset huts. Dorothy and Ed wanted children. Glenda Frye came to spend a week with them one summer and that turned into weeks. From then on, Dorothy thought of Glenda as a daughter. On moves Dorothy drove the car as Ed pulled the trailer with a truck.  She was expecting twins in 1958 as they arrived in Newport News, Virginia.  Keith and Bryan were born the next day.  A new joy to life had begun. Haddam became her home in 1968.  She continued to take trips with her husband, Edward, until his death in 2001.  She remained in her home with the support of her son, Bryan, his wife, Cheryl, and granddaughter Laura living nearby. She embraced adventure and travel, devoted herself to family, and was a symbol of perseverance and determination.  That family extended past her relatives to all.  Important in these last years were her daily calls with Helen Frye, Sunday chats with sister Neva, daily coffee with Cheryl, and visits from Mark and Gloria Johnson, and especially family gatherings with Keith & Sherri. Services were held Wednesday, July 19, 2017 at Haddam United Methodist Church, with burial in Haddam Cemetery. Pastor John Lewis was the officiating clergy.  Memorials may be made to Haddam Cemetery/Tree Project or Republic County Hospital in care

To order memorial trees or send flowers to the family in memory of Dorothy Skupa, please visit our flower store.