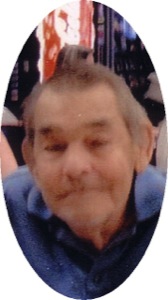 Earl Dean Dolezal, 77, , passed from this life Friday, June 4, 2010 at while living with his sister Dona. He was born May 21, 1933 at the son of Anton "Tony" and Evelyn (Craig) Dolezal. Earl graduated from in 1953. Early in life he worked with his father drilling wells and then worked for various individuals in the area as a self employed laborer. Earl was preceded in death by his parents; sisters Welma Melton and Jerilyn Dolezal; and brothers Glen and Howard. He will be forever remembered by his sisters Dona Fry of Illinois, Edith Effenbeck, Nelma Riddle, LeAnne Garrison all of Nebraska, and Sharon Zoch of Texas; one brother Morris Dolezal of Nebraska; numerous nieces, nephews, and new found friends in Illinois.

Graveside inurnment services will be held 11:00 A.M. Saturday, June 19, 2010 at rural . Family and friends will gather at the Golden Bell Haven in after the cemetery service. Although Earl was cremated, family and friends may sign the book at Tibbetts-Fischer Funeral Home, who is in charge of these arrangements.

To order memorial trees or send flowers to the family in memory of Earl Dolezal, please visit our flower store.