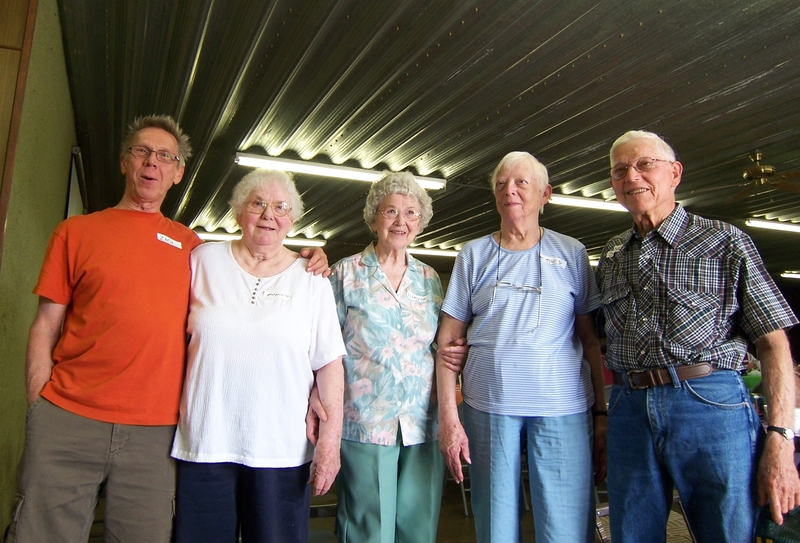 Eleanor's family will be greeting friends from 5pm to 6pm Friday at the funeral home.

Eleanor was born August 17, 1922 to George Alfred & Maude (Childs) Rieke on the farm that her great-grandfather Gaylord Childs’ homesteaded in Republic County. She Attended Liberty Center school through the 8 th grade and then attended and graduated from Chester High School. Upon graduation Eleanor took some additional classes that prepared her for teaching, which she did for several years in various rural schools. On January 17, 1947 she married the love of her life, William Ivan Navis. Three sons were born to this union, John Michael, William Layne, and Joel Anthony. Eleanor was taught from an early age about Jesus benefitting from a strong family Christian heritage. She believed in Him as her Savior and took measures grow in her faith as well as help others grow in theirs.  In 1947 Eleanor joined the Chester United Methodist Church and was active in U.M.W., teaching Sunday school, VBS, and in later years became a leader of Stonecraft Bible Studies. Eleanor enjoyed activities that involved her sons so she became a den mother for the cub scouts helped them with their music, art and other interests. When time allowed Eleanor especially enjoyed reading, playing the piano, art, flower gardening and studying her Bible. But most of all she cherished spending time with her family and you, her friends. After living this full and faithful life for over 92 years she moved from her home in Belleville to her home in heaven Sunday night, March 29, 2015. Eleanor was preceded in death by her husband Bill, grandson Elliott, parents George & Maude Rieke, sisters Esther Moxham and Marjorie Dugger, Sister-in-Law Mary Hill, Brother-in-laws Dale Moxham, Victor Dugger & Everett Hill. Surviving Eleanor are her sons John (Christina) Omaha NE, William “Bill” (Christine) Belleville and Joel (Dawn) Seward NE, grandchildren Corbin, Megan, Natalie, & Garrett, 2 brothers Duane (Marilyn) and Zachariah (Gail) as well as many nieces, nephews, extended family and friends.

To order memorial trees or send flowers to the family in memory of Eleanor Navis, please visit our flower store.