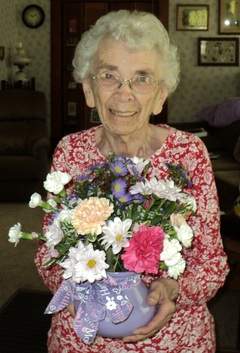 Funeral services will be held at 2:00pm Saturday, January 7, 2017 Ada Lutheran Church in Kackley, Kansas with the Reverend Thomas Kamprath officiating. Inurnment will be in the Ada Lutheran Cemetery. Memorials made in Elner’s honor will be designated later by the family according to the wishes of Elner. Tibbetts-Fischer Funeral Home, Belleville, Kansas assisted the family with these arrangements.

To order memorial trees or send flowers to the family in memory of Elner Langston, please visit our flower store.