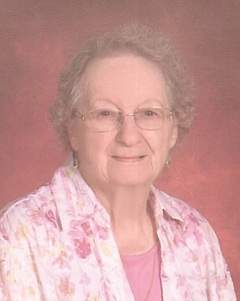 NO VISITATION AS DIRECT CREMATION WAS CHOSEN. FRIENDS MAY SIGN THE REGISTER THURSDAY AND FRIDAY 9AM-5PM.

Emily Anna (Chopp) Sklenicka, daughter of Frank and Marie (Homolac) Chopp, was born April 4, 1923 at 3:40a.m. on a Wednesday, near Munden, KS. She weighed 4 lbs and was 16 ½ inches long, had blue eyes and brown hair and resembled her father. Physician was J.W. West, M.D. and the nurse was Caroline Rundus.  She was christened on May 13 th (Mother’s Day) 1923 by Fr. George Weber at St. George’s Catholic Church rural Munden, KS. Sponsors were Oscar and Mary Homolac.

Emily graduated from Republic County School, May 25, 1937 and Munden High School, May 15, 1941. While growing up on the farm east of Munden, she tended the garden, fed chickens, ducks and geese. She drove horses at haying time pulling a hay rack and loader. In the spring, she pressed corn with a team of mules and in 1941 harvest time, drove a John Deere tractor pulling a combine.

While in high school, she sang in the girls’ glee club, played piano in the high school orchestra and sang in St. Edward’s church choir.

She entered St. Joseph Hospital School of nursing in Concordia, KS. She sang in the girls’ sextet on the radio when Rev. C.J. Brown delivered Sunday afternoon sermons on the Salina radio station. Emily graduated from nurses training on August 21, 1945. After graduation, she worked at Patterson Memorial Hospital in Belleville for a year or so, and then went to do special duty nursing at St. Joseph’s Hospital; later working for Dr. Raymond Gelvin as office nurse and at the hospital for a year until she married and raised a family. She worked occasionally in nursing until all the children were in school, and then did special duty nursing at Republic County Hospital. In 1979, she started working three days a week at Belleville Health Care Center until retirement in August of 1998 at the age of 75.

Emily was a member of St. Edward’s Council of Catholic women, DAV Auxiliary, the American Legion Auxiliary, The Kansas Czech Club and The National Health and Wellness Club.

To order memorial trees or send flowers to the family in memory of Emily Sklenicka, please visit our flower store.