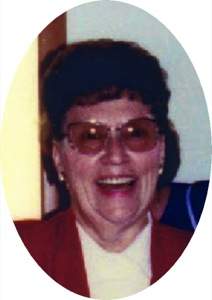 Evelyn L. Birrell, 84, of died Sunday, March 20, 2011 at . She was born February 13, 1927 to Chris and Alpha (Birt) VerMaas in . She attended in . She married Melvin R. Birrell on August 2, 1948 and moved to Republic, . From there they moved to where she worked as a high school secretary for many years. They later moved to where she worked as a sales representative for Montgomery Ward catalog. They lived in Warrenton until retirement and after some traveling moved to . Evelyn is survived by her husband of 62 years, Melvin, and her 3 children, Christine and her husband Olin Boone of Lincoln, Craig Birrell and wife, Eileen of Washington and Scott Birrell of . She has 5 grandchildren: Brian, Abigail, Megan, Ewan and Amanda and 4 great grandchildren: Lila, Ethan, Rowan and Malcolm all of She is also survived by 2 brothers Virgil and John D. VerMaas of Lincoln as well as many nieces and nephews. She was preceded in death by her parents Chris and Alpha VerMaas, 2 sisters Viva Craig and Letha Clement and a niece, Mary Kay Clement. Celebration of Life Services will be held on March 26, 2011 at 10:00 at United Presbyterian Church, Belleville, Kansas with officiating. Family inurnment was held at a later time. Memorials to the Parkinson's Foundation or Shriner's . Arrangements by Tibbetts-Fischer Funeral Home. .

To order memorial trees or send flowers to the family in memory of Evelyn Birrell, please visit our flower store.