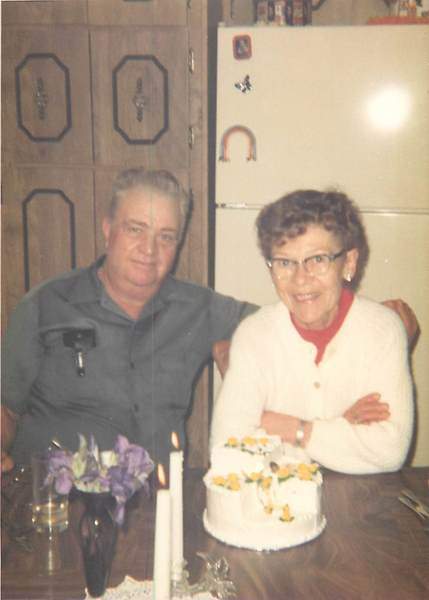 Ivan “Gene” Fischer, son of Harry F. and Susie E. (Suey) Fischer, was born on July 28, 1929 at the family farm, in Kansas, located near Hardy, Nebraska. He graduated eighth grade at Prairie Dell rural grade school located one mile south of the family farm. He passed from this life Tuesday, March 10, 2015 at the Belleville Health Care Center, Belleville, Kansas at the age of 85 years, seven months, twelve days. Gene was employed at the Lumber Yard, owned by W.G. Reinke, in Byron, Nebraska from 1944 to 1949, beginning his employment when he was 15 years old. Gene was united in marriage to Dorothy M. Eitzmann on May 1, 1949 at St. Paul’s Lutheran Church, Byron. To this union, three daughters were born. Gene and Dorothy moved to the farm, originally owned by her parents, located one mile south of Byron, in Kansas, in 1951, where Gene began his lifelong career as Farmer/Stockman. He became a member of St. Paul’s Lutheran Church in 1949, and served as a Deacon of the Church for many years. Gene and Dorothy truly enjoyed listening to, and dancing to the 1940’s Big Band Ballroom Music and would travel almost every weekend to the Flying V Ballroom in Utica, Nebraska during their years of semi-retirement from farming. Gene was preceded in death by his parents Harry and Susie Fischer; infant daughter Jackie Lynn Fischer; and brother Loyd Fischer. He will be forever remembered by Dorothy, his wife of 65 years; his children, Brenda and Ray Danielson, Belleville, Tamie and Vern Uri, Golden, Colorado, Sandra Bostwick, Belleville; and grandson Christopher L. Uri, Colorado. Gene is also survived by his sister Lenna Mae (Mrs. Edward) Forsberg, Scandia and brother Dale L. and Marylee Fischer, Doniphan, Nebraska; many nieces and nephews; and a community of friends.

To order memorial trees or send flowers to the family in memory of Gene Fischer, please visit our flower store.