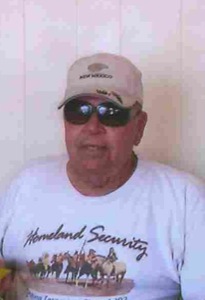 Gunnard Elwin Ostberg age 78 of Scandia, Kansas was born April 25, 1934 at Scandia to Melvin and Bess (Funk)Ostberg. He passed from this life suddenly on Wednesday, August 8, 2012 at the Republic County Hospital in Belleville, Kansas. Early in his life his parents moved to San Diego, California. Following graduation, Gunnard enlisted into the United States Navy. While stationed in California he met and was married to Joan Mae McCain in 1956. Together they had three sons, Ted, Terry and Todd. Joan passed away of cancer in 1982. Gunnard stayed in the San Diego area working as a stone mason laying block and brick. Following his retirement, he returned to his roots living in Scandia since 2007. He was preceded in death by his parents and his wife. He will be forever remembered by his sons Ted and wife Yolande, Terry and Todd all of El Cajon, California; grandchildren Angelina, Brandon and Max Ostberg; great granddaughter Ava; brothers Monty and wife Bessie of Dewey, AZ and Melvin Jr. and wife Judy of Mexico; other relatives and a community of friends. Funeral services were held Sunday, August 12, 2012 at Tibbetts-Fischer Funeral Home, Belleville, Kansas. Inurnment was in Norway Community Cemetery.

To order memorial trees or send flowers to the family in memory of Gunnard Ostberg, please visit our flower store.