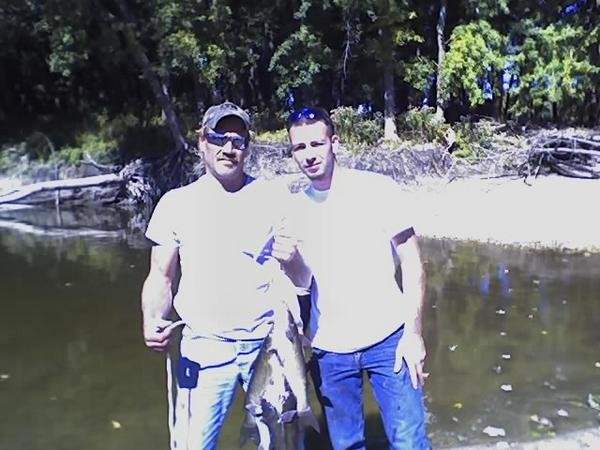 Guy Mitchell Heil, son of Paul and Shirley Ann (Brown) Heil was born December 7, 1960 in Riley County, Kansas. He passed from this life Monday, April 1, 2013 at this home in Courtland, Kansas at the age of 52 years. He worked for several masonry companies and most recently in Courtland as an auto mechanic. Guy was an avid fisherman and loved hanging out with friends especially his lifelong friend Danny Jensen, having barbecues and spoiling his dog Max. Guy was preceded in death by his parents and sister Judy Hall. Survivors include his children: Michelle Heil, Brown City, MI, Brent Heil, Layfayette, IN J.D. Heil, Joel Heil, and Courtney Heil, all of Salina; step children: Ashley Cooper, Robbie Cooper, and Shaun Cooper, Layfayette, IN; sisters Connie Lankford and Diana Frame; brothers Bud Heil and Jeff Frame all of Wichita; other relatives and friends. Guy's wishes were for cremation services with a family memorial gathering at a later date. Tibbetts-Fischer Funeral Home was in charge of these arrangements.

To order memorial trees or send flowers to the family in memory of Guy Heil, please visit our flower store.