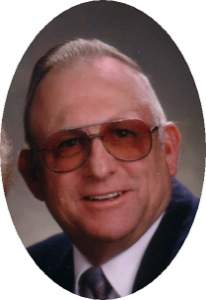 Harold Gene Blazek, 72, was born January 7, 1939, rural , to Frank and Victoria (Shimek) Blazek. He was the middle of two brothers, Gerald and Loren. He passed from this life Friday, March 18, 2011 in at the . Harold attended grade school at and graduated from in 1956. He served six months in the National Guard before being called to active duty on October 1, 1961. His active duty ended in April of 1962 due to his occupation as a farmer. On September 19, 1964 he married Brenda Brewer in . They had two daughters, Tammy Jean and Tina Marie. Brenda preceded him in death on September 21, 1969. Harold remarried on June 5, 1970 to Jeanne Odgers in . To this union two sons were born, Joseph Frank and Thomas Gene. Harold was a lifelong farmer and lived on the farm in rural until moving to in 1993. He always enjoyed the printing business, first by working at the Belleville for several years until he started farming full-time. He returned to printing in 1988 when he purchased The Print Shop in and in 1995 started publishing The Scandia Journal until he retired in 2009. He continued farming as his health allowed. He enjoyed being involved with and supporting many local organizations and clubs. Harold thoroughly enjoyed spending time outdoors, working with the farm and livestock and occasionally boating when the opportunity arose. He took the time to enjoy each of his grandchildren as often as he could - they loved him dearly. Harold was preceded in death by his parents, his first wife Brenda and recently, a sister-in-law, . He will forever be remembered by his wife Jeanne Blazek; four children, Tammy and husband Mike Pachta of Riley, Tina Cherney of Concordia, Joe Blazek and wife Christi of Belleville, and Tom Blazek and wife Kristi of Cuba; eleven grandchildren, Dayna & Stacy Pachta, Mikel & Kyle Cherney, Jaycee, Julia & Jordyn Blazek, Andrew, Lacie, Aubrey & Jason Blazek; two great-grandchildren Hailey & McKayla Cherney; his brothers Gerald Blazek and wife Illene of Belleville and Loren Blazek of Belleville, and many relatives and friends.

Funeral services held Tuesday, March 22, 2011 at Tibbetts-Fischer Chapel, . Interment in the . Memorials to the Harold G. Blazek Memorial Fund to be decided by the family at a later date. Tibbetts-Fischer Funeral Home, in charge of arrangements.

To order memorial trees or send flowers to the family in memory of Harold Blazek, please visit our flower store.