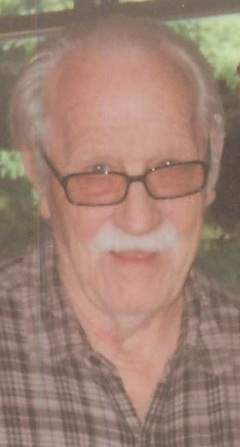 Harold Ivan Noble, son of Guy and Mattie (Hunzeker) Noble, was born June 3, 1926 at Belleville, Kansas. He passed from this life Wednesday, March 25, 2015 at the Republic County Hospital at the age of 88 years. He attended and graduated from the Belleville public schools. In his early years, Harold helped around his father’s and uncle’s barber shop shining shoes. He worked for Floyd Simms at the green house and there he began a lifelong love for plants, flowers, and gardening. He continued his gardening until his health no longer afforded him this pleasure. Harold worked in construction for a few years until he was employed at Harber’s Ice Plant. He was a route delivery driver for the remainder of his working years. A great enjoyment in his later years was watching the old time western movies and enjoying the art of photography. Harold was preceded in death by his parents; sisters Mable Wakefield and Esther Gray; and brother Lloyd Noble. He will be forever remembered by his sister Violet Awalt; sister-in-law Jean Noble; 10 nieces & nephews: Joyce Caylor, Richard (Nancy) Wakefield, Raymond (Carol) Wakefield, Robert (Vonda) Wakefield, Roger (Melva) Wakefield, Roy (Mary) Wakefield, Gary (Debbie) Gray, Bruce (Trish) Gray, Sharon Huffman, and LaDona (Dan) Racette.

To order memorial trees or send flowers to the family in memory of Harold Noble, please visit our flower store.