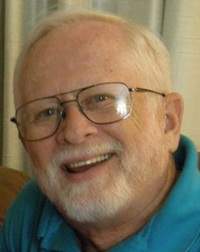 Howard Robert Killingbeck, Jr., son of Howard and Rosanna Killingbeck, was born August 28, 1942 at Michigan City, Indiana.  He entered eternal life in Heaven Tuesday, October 1, 2013 at the Republic County Hospital in Belleville, Kansas at the age of 71 years. He graduated from high school in 1960 and then served in the U.S. Air Force during the Vietnam War. While stationed in Thailand, he was honored by the Royal Thai Air Force. After his honorable discharge from the service he returned home and became a licensed mechanic. On February 14, 1970 he was united in marriage to Kathleen Ann Olson of Michigan City and to this union was born a son, Shawn Christopher. For a few years he attended Purdue University and also graduated from Clown College. With some friends Howard started a Christian Clown Ministry.  In the 1980’s Howard felt called to the ministry and became a Congregational Minister. He served as pulpit supply for many churches around Michigan City, and in the states of Michigan and Illinois.  He served the Chapel of the Dunes and as pastor of the Congregational Church of Ashland, Nebraska.  While serving in Nebraska he was Chaplain for the Nebraska State American Legion. After retiring from full time ministry, Howard and Kathleen moved to Narka, Kansas to live.  He enjoyed helping to supply the pulpit of the four churches of the Little Blue Presbyterian Parish.  He was currently Commander of the Cuba American Legion Post 345. Most recently Howard worked for Republic County as a part time flagman and mower and driving the Handy Bus. Howard was preceded in death by his parents and his sister Mary. He will be forever remembered by his wife Kathleen of their home; son Shawn of Freeport, IL; grandson Tyler Nathaniel Killingbeck; step-mother Dorothy Killingbeck; four nieces; three nephews; other relatives and friends. Memorial services were held Friday, October 4, 2013 at the Presbyterian Church in Narka, Kansas with Pastor Harvey Farnsworth officiating. Family inurnment will be held at a later date. Memorials may be made to the American Heart Association or The Seeing Eye, PO Box 375 Morristown, NJ 07963. Tibbetts-Fischer Funeral Home, Belleville, Kansas was in charge of these arrangements.

To order memorial trees or send flowers to the family in memory of Howard Killingbeck, Jr., please visit our flower store.