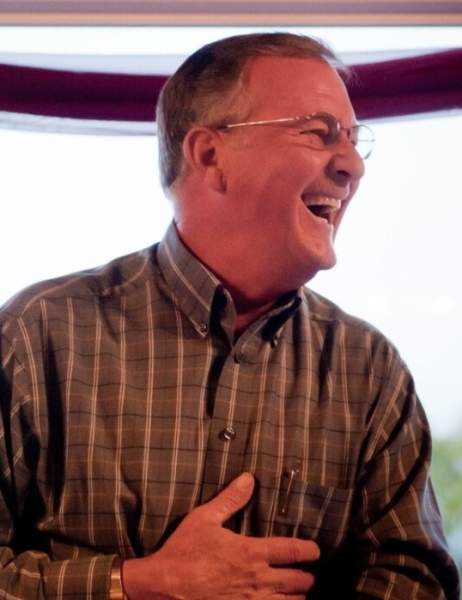 Howard Ernest Reed was born to Howard and Ina May (Fraley) Reed of Belleville on October 2, 1947, in Hebron, Nebraska.

He began his education at Spring Hill country school and later moved to the Belleville school system.

After High School, in 1967 he attended the North Central Kansas Vocational School in Beloit, Kansas. While studying agriculture, he also enlisted in the Army National Guard. His unit was moved to Ft. Carson, Colorado. In 1968, he married his sweetheart, Beth A. Erickson, of Scandia, Kansas on September 1st and lived in Colorado Springs until he was deployed in March of 1969 to Vietnam and served there until September of that year.

After returning from Vietnam, he farmed with his father, uncle and cousins for several years. Howard, then purchased three trucks and opened his own trucking business. He became an Over-the-Road Owner Operator, and in 1989 he was named the Number 1 Owner Operator of the Year while working for Smithway Motor Xpress, Inc.  For family reasons, he ventured home to help manage the Kravmore 81 Truck Stop, which was owned by his parents.  In 1993, he  began working as a driver/salesman for C. A. Picard in Belleville, which was later named Haarslev International. He retired from Haarslev in 2021. Shortly thereafter he bought a carwash in Belleville, naming it Howie’s Car Wash.

Howard was an avid horseshoe pitcher for many years, winning numerous trophies and tournaments.  He served as Vice-President, then President of the Kansas Horseshoe Pitchers Association.  He, along with others, started the Republic County Ringer Horseshoe Club in Belleville. In 2020, he became a member of the North Central Kansas Pool League, serving as Vice-President and actively promoting the sport.  He participated in both sports with enthusiasm and passion.

Howard cared passionately about keeping the family together and would hold an annual weiner roast for family and friends.  He also loved flowers and spent many hours working outdoors to keep the home place looking beautiful.

Howard is a life time resident of Republic County and a member of the United Methodist Church in Chester, Nebraska.

He was predeceased by his parents, Howard and Ina May Reed.

He is leaving behind several nieces, nephews and many friends.

Visitation will be Friday, March 11th, from 9am - 7pm, at Tibbetts-Fischer Funeral Home in Belleville, with family greeting friends from 5pm - 7pm.

Memorials are requested to the United Methodist Church of Chester, and may be sent in care of the funeral home.

Family and Friends unable to attend the services may watch a Facebook Livestream of the Celebration of Life, on the Chester-Hebron United Methodist Church facebook page.

To order memorial trees or send flowers to the family in memory of Howard Reed, please visit our flower store.