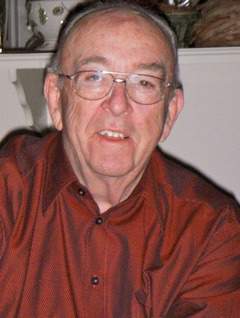 Cremation was chosen; Friends may sign register Friday 9am to 5pm

Jack Collins, 84, died Saturday, September 20, 2014 at the Belleville Health Care Center in Belleville, Kansas. Jack was born in Belleville, Kansas on April 23, 1930 to Percy and Ola (Hedgecoak) Collins. He had one older brother, Percy Jr. Jack grew up in his parent’s hotel in downtown Belleville and graduated from Belleville High School in 1948. He studied at George Washington University and the University of Kansas. While at KU he met his soon-to-be wife, Sue Jane Hughes. They married in El Dorado, Kansas in 1955. They moved to Belleville after they married and had their first child, Jack, Jr. in 1956. They had two more children, Steven (1959) and Stephanie (1961). Jack and his brother Percy managed the family hotel until its closure in 1964. Jack opened a menswear shop in 1963 and along with his wife, Sue, a Sears and Roebuck catalog store in 1966. While in Belleville, Jack was an active member in the First Presbyterian Church and community organizations, including the Lions Club, the Chamber of Commerce and Eagles Lodge. In 1984 Jack and Sue moved to Lawrence, Kansas to begin a new chapter of their lives near their children and into a town they had always loved. Jack worked as an agent first for Mitchell Realty and later Hedges Realty. He served a term as Treasurer of the Lawrence Realty Association. In 2004 Jack and Sue moved back to the family home in Belleville where he resided until 2012 when he moved into assisted living. Jack was a lifelong proponent of the University of Kansas, a volunteer with Meals on Wheels, and served as treasurer of the Lawrence Realty Association. Jack enjoyed traveling with family and friends and particularly with his brother, Percy. He loved going dancing with Sue. He was preceded in death by his parents; brother Percy; wife Sue and his daughter Stephanie. He is survived by sons Jack, Jr. of Lawrence, Kansas and Steven of Lee’s Summit, Missouri. A graveside service will be held at the Belleville Cemetery in Belleville, Kansas on Sunday, September 28 at 2 pm. Memorial contributions are suggested to the Belleville Health Care Center which may be sent in care of Tibbetts- Fischer Funeral Home, 1104 20th Street, Belleville, Kansas 66935. Online condolences can be sent via www.tibbettsfischerfuneralhome.com.

To order memorial trees or send flowers to the family in memory of Jack Collins, Sr., please visit our flower store.