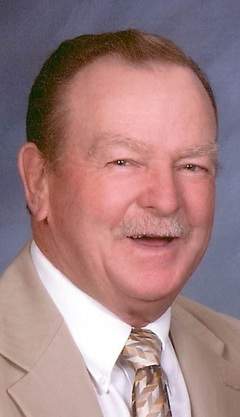 Jacky (Jack) Warren Shumard age 69 of Courtland, Kansas passed away late Friday, February 28, 2014 at Wesley Medical Center in Wichita, Kansas. He was born in Ada, Oklahoma on September 18, 1944 the son of Warren and Vermell (Roundtree) Shumard. Jack attended and graduated from Vanoss High School, Vanoss, Oklahoma in 1962. After high school he served in the Army National Guard. On May 11, 1974 he married Pamela Blackburn at the United Methodist Church in Courtland, Kansas where they currently reside. To this union two daughters were born; Nicole Lea and Tamara Lynn. Jack was employed by Kansas Bostwick Irrigation District and at the NRCS office in Belleville. He returned to the Irrigation District for several more years until he retired in January 2012. Jack worked part time for Farmway Co-Op until his untimely death. Jack enjoyed many outdoor activities including hunting, golfing as a member of the Men’s Golf League at the Buffalo Park Golf Course in Scandia, and raising a garden which he loved to share with family and friends. His favorite activity was spending time with his grandchildren as they were the “apple of his eye.” Jack was preceded in death by his parents. He will be forever remembered by his wife Pam, daughters Nici Kraus and husband Ryan and Tami Wiezorek and husband Mitch all of Courtland; grandchildren Jack & Kaylee Wiezorek, Courtland, Tatum, Katelyn & Keegan Kraus, Manhattan; sisters Carolyn Guinn, Arlington, TX, Kathleen Clark and Cynthia (Lynn) Saunders, Ada, OK; brothers Randall (Jewel) Shumard, Wylie (Sandra) Shumard, Ada, OK, and Don Shumard, Shillington, PA; many nieces and nephews; other relatives; and a host of friends.

Funeral services will be held 10:30am Thursday, March 6, 2014 at the United Methodist Church, Courtland, Kansas with Pastor Kathy Aeillo officiating. Burial will be in the Courtland Cemetery. Memorials may be made to the Jack Shumard Memorial. Visitation will be noon to 8:00pm Wednesday at Tibbetts-Fischer Funeral Home, Belleville, Kansas.

To order memorial trees or send flowers to the family in memory of Jack Shumard, please visit our flower store.