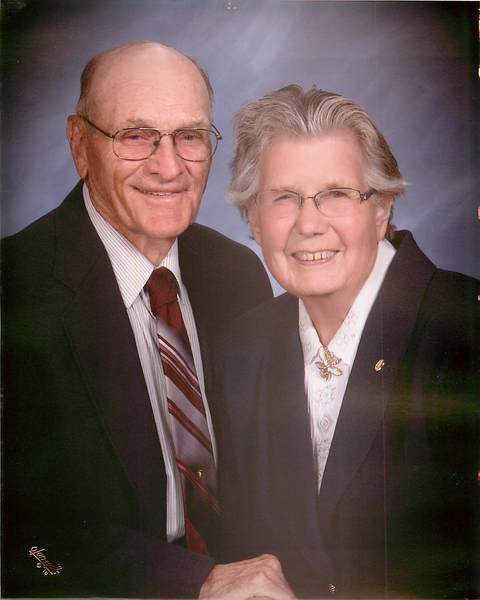 Jack James Smith, age 89, of Republic, Kansas passed away Wednesday, November 23, 2016 while a resident of Parkview Haven in Deshler, Nebraska. He was born on a farm west of Republic on July 3, 1927 to Grover and Dora (Elliott) Smith. Jack attended rural grade school at Lake School and graduated from Republic High School in 1945. In 1945, he joined the U.S. Navy and received his training at the Naval Repair Base in San Diego, California. He was honorably discharged shortly after WWII ended and was in the Naval Reserves for four years. Jack married Ethlyn Lyons, March 8, 1948. To this union three sons were born: Thomas, Marlin and Kent. He was a member of the Republic Methodist Church and the American Legion.  In his early years, Jack worked at an ammunition plant in Mead, Nebraska, helped install telephone lines near Hubbell, Nebraska, helped build the Byron Co-Op elevator, worked on building the Lovewell Lake Dam, and worked for Boeing in Wichita, Kansas. He went to work for John Deere in Byron, Nebraska and Belleville, Kansas for over thirty years, and all the while, tending to his farm north of Republic. Jack’s passion was farming and working with his cattle and enjoying his many pets through the years. Jack was preceded in death by his parents; wife of 63 years Ethlyn in 2011; sister Velda McCullough; his brother Arnold Smith; and other relatives and friends. He will be forever remembered by his sons; Tom (Katie) Smith, Berthoud, Colorado, Marlin (Judy) Smith, Chester, Nebraska and Kent (Jean) Smith, Belleville, Kansas; grandchildren Cathy (Lyle) Weber, Dorchester, Nebraska, Lisa (Mark) Rickman, Thornton, Colorado, Lori (Brad) Hogan, Cortland, Nebraska, Lucas Smith, Belleville, Kansas, and David (Christina) Smith, Fort Worth, Texas; great grandchildren Ryan and Haley Weber, Samantha, Wyatt and Paisley Rickman, and Cassidy, Cooper and Cody Hogan; other relatives and many friends.

To order memorial trees or send flowers to the family in memory of Jack Smith, please visit our flower store.