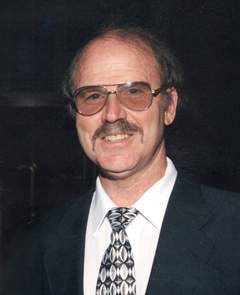 NO VISITATION:  MEMORIALS TO ALPHA 1 FOUNDATION

James Charles Hamilton was born to Walter and Jane (McGuire) Hamilton on December 25, 1943 in Los Angeles, California. He passed away on June 20, 2017 at the age of 73 in Fort Collins, CO.  Jim’s early education was at Sacred Heart Catholic School in Pensacola, Fl. and graduated from Pensacola High School in 1963. His family moved to Littleton, Colorado in 1963. Jim joined the Coast Guard in May of 1964 and was honorably discharged in 1968. He entered Colorado State University in 1968 and graduated with a B.S. Degree in Industrial Science. Jim married Leslie Niven in 1969 and to this union was born Kristina Dale (Melaragno) Hamilton of Loveland, CO. and Thomas James Hamilton, Arvada, CO. They moved to Leadville, CO. in 1973. Jim was an Industrial Arts teacher and assistant coach for the ski team at Leadville High School. They returned to Fort Collins where Jim was employed at M & O Tires as a manager.  In 1979, Jim was employed by Hewlett Packard in Fort Collins, CO. where he met a co-worker Melinda Jo Derowitsch. They were united in marriage on June 2, 1984 and shared 33 wonderful years of marriage.  While working at HP, Jim and Melinda were partners with David and Mona Svoboda in a small firewood business called Rose Creek Woods, which operated out of Fort Collins, CO. and Belleville, KS.    Jim retired early from HP in 1989. He worked as a manufacturing supervisor and employee at numerous companies. Jim had many hobbies throughout his life and most recently restored vintage cars and motorcycles. He attended swap meets, hunted pheasant and quail in Kansas, loved to trout fish in Colorado, taught himself to play the guitar and played on company softball teams. Earlier in life, Jim enjoyed water skiing, salt water fishing, and snow skiing. Jim was also a talented carpenter and craftsman, who enjoyed creative projects both large and small.  Jim was preceded in death by his parents, Walter and Jane Hamilton. He will be forever remembered by his loving wife, Melinda Jo Hamilton; children, Kris (Dan) Melaragno, Loveland, CO. and Tom (Kristi) Hamilton, Arvada, CO.; grandchildren, Alysha Melaragno, Gianna Melaragno of Loveland, CO., Zoie Hamilton of Arvada, CO.; brothers, Dan (Jo) Hamilton of Broomfield, CO., Mark (Diane) Hamilton of Golden, CO.; brothers-in-laws David (Mona) Svoboda Belleville, KS. and Jonathan Derowitsch of Dallas, TX.; and many nephews, nieces; great nephews and nieces, along with many friends.

Funeral services were held Monday, June 26, 2017 at First United Methodist Church, Belleville, Kansas with the Reverend Emily Meckley officiating. Burial was in Regester (Rose Creek) Cemetery rural Munden, Kansas. Memorial contributions may be made to the Alpha – 1 Foundation.  Tibbetts-Fischer Funeral Home was in charge of these local arrangements.

To order memorial trees or send flowers to the family in memory of James Hamilton, please visit our flower store.