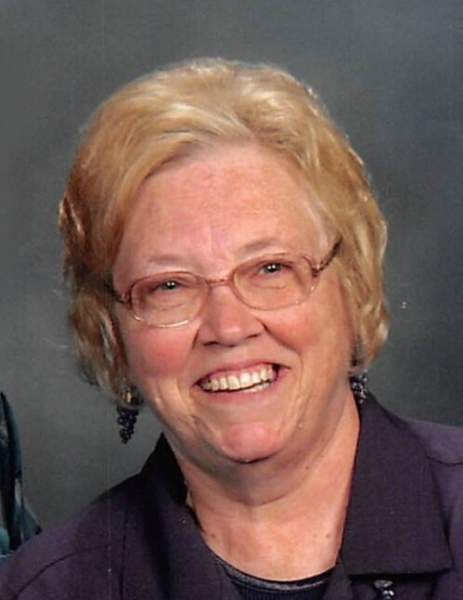 Jeanne Ann Odgers Blazek, 73, was born January 22, 1949, to Joseph and Alice (Norgard) Odgers. She passed away February 7, 2022, at the Republic County Hospital in Belleville, Kansas.

Jeanne attended Tabor school from Kindergarten to 6th grade, McCune school for 7th and 8th grade, and graduated from Belleville High School in 1967. She was united in marriage June 5th, 1970 to Harold G. Blazek in Fairbury, Nebraska. They made their home in rural Cuba with their children, Tammy, Tina, Joseph and Thomas, until their retirement when they moved to Belleville. She was a farmwife raising their four children and worked for M-C Industries, Dairy Queen, and then Walmart for many years.

She was a member of the American Lutheran Church, the Red Hat Society, and the Belleville Supper Club. She enjoyed spending time with her grandchildren, attending their many activities and baking kolaches for friends and family.

She enjoyed her retirement years with special friend Eldon Sterba going to supper club, auctions and attending other community activities.

Jeanne was preceded in death by her parents, her husband Harold; son-in-law Mike Pachta; and infant sister Elaine Carol Odgers.

Funeral Services will be held Thursday February 10, 2022, at 10:00 am, at the American Lutheran Church of Belleville, burial will follow at the Belleville City Cemetery.

Memorials are requested to the American Lutheran Church or to the Girl Scout Troop 20534 for benefit of the Belleville City Dog Park and may be sent in care of the funeral home.

To order memorial trees or send flowers to the family in memory of Jeanne Blazek, please visit our flower store.