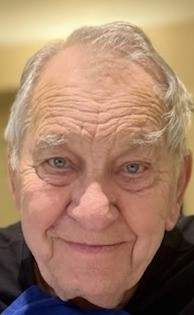 Jerald “Jerry” Dean Killen, 88 years, of Salina, Kansas, passed away on December 21, 2021, at Country Place, Chanute, KS, with his wife and daughter at his side, from congestive heart failure.

Jerry was born to Kenneth and Clara Killen on September 19, 1933 in Courtland, Kansas. He was united in marriage to Bobbie J. Mitchell on July 1st, 1958.

Jerry was a US Army Veteran, and was a 32nd degree Master Mason and member of the Shriners.

Jerry is survived by his wife, Bobbie Killen, his wife of 63 years; sons Jay and Randy Killen; daughter, Karla Nothern and five grandchildren and six great grandchildren. He is also survived by his siblings, Shirley Ann McGeoch, Donna Jean Lancaster, Bradley Kenneth Killen. Jerry has many nieces, nephews and cousins he is leaving behind.

Funeral Services will be held at the Courtland (Kansas) Methodist Church, on Wednesday, December 29th, 2021, at 11:00 a.m. Burial with Masonic and US Military Honors will follow at the Courtland Cemetery.

Visitation will be held at Tibbetts-Fischer Funeral Home, Belleville, Kansas, on Tuesday, December 28th, from 1pm – 8pm, with the family greeting friends from 4pm – 7pm.

Memorials are requested to the Shriner’s Hospital, to assist families with travel expenses, and may be sent in care of the funeral home.

Tibbetts-Fischer Funeral Home is assisting the Killen family with these arrangements, www.tibbettsfischerfuneralhome.com

To order memorial trees or send flowers to the family in memory of Jerald "Jerry" Killen, please visit our flower store.