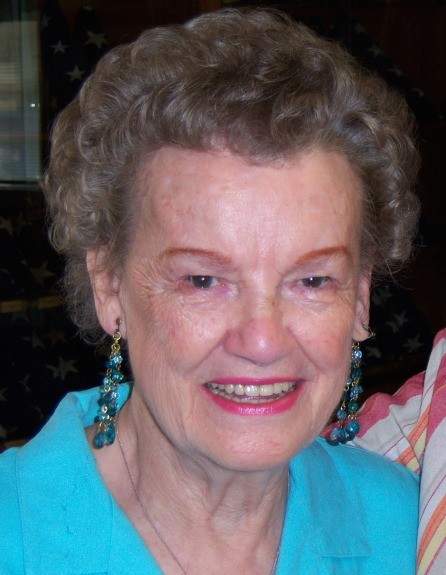 Jetty Linden Evert, 91, of Santa Ana, California, passed away Wednesday, January 16, 2019 in Villa Park, California.   She was born August 12, 1927, on the family farm near Courtland, Kansas, the daughter of William Emmanuel and Caroline (Loring) Linden.  Jetty attended Parkhill country school and graduated from Scandia High School in 1944.  She married Clifford Evert in 1947 and lived in Republic, Kansas, until they moved to Santa Ana, California in 1953.  They were married for 63 years until his death in 2010.

Jetty worked for the testing department of Orange County Schools from 1953 until 1967.  She was a computer programmer for the Santa Ana Unified School District from 1967 until  her retirement in 1982.  In 1983, she went back to work at Educational Time Sharing as a computer consultant until her final retirement in the late 90’s.

Jetty’s greatest joy was her family.  In addition to being a wonderful wife and mother, she was an exceptional grandmother and great grandmother.  She loved taking her grandchildren to Kansas in the summer.  She attended dance recitals, sporting events, confirmations, graduations, birthday parties, and was actively involved in all their lives.

Jetty and Cliff loved traveling and took their motor home all over the country, including Alaska, but their favorite and most common travel destination was Kansas.

She was preceded in death by her parents, her loving husband, Cliff, her grandson Charles, five brothers and four sisters.

Jetty was laid to rest next to her husband at Riverside Cemetery in Scandia, Kansas.  Memorial Services were held in February at St. Paul’s Lutheran Church in Orange, California.

To order memorial trees or send flowers to the family in memory of Jetty Evert, please visit our flower store.