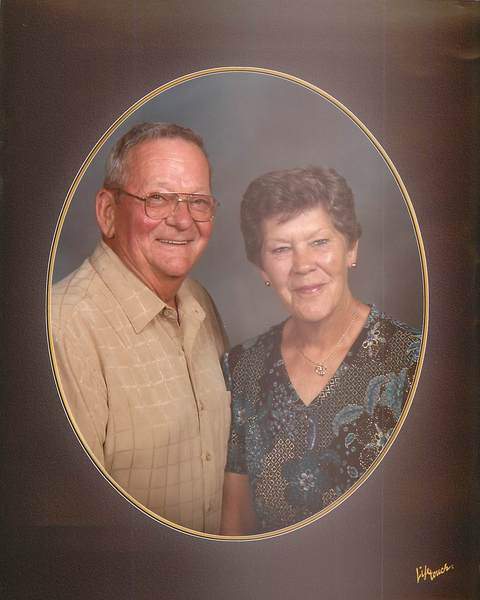 Jimmie F. Tuma (“Jim”), 77, was born May 25 th , 1939 at home in rural Wayne, Kansas, and passed away Monday, Oct 24 th , 2016 at Republic County Hospital Long Term Care in Belleville, Kansas at the age of 77 years, 4 months, and 29 days.  Jim graduated from Cuba High School in 1957 and enjoyed helping his father on the farm in rural Agenda, Kansas until 1981.  He and Sue were united in marriage on September 8, 1963, and to this union two children, Melissa and Terry, were born.  He spent 34 years of his working life as a work order clerk at NCK Electric Cooperative in Belleville, Kansas, until his retirement in 2001.  He was also enlisted in the Army National Guard, retiring in 1999 after 20 years of service.  In the evenings, Jim and Sue together owned and operated Belleville Bowl for a total of 25 years.  In his retirement years, Jim also enjoyed mowing at various places in town.He was an active member of American Lutheran Church, Belleville, KS.  He was also a member of the American Legion and Jaycees, and served seven years on the Belleville High Banks board. In his free time, Jim had a love for bowling, dirt track racing, and visiting and attending events for his children and grandchildren. He was preceded in death by his parents, Frank C. Tuma and Mary A. (Havel) Tuma; father-in-law and mother-in-law, Clem L. Bauer and Hertha R. (Hahnfeld) Bauer; brothers-in-law Darwin R. Bauer, Leonard Hahnfeld, and Larry C. Goodin; and sister-in-law Kay F. (Bauer) Goodin. He is survived by his wife, Sue, of Belleville, Kansas; daughter Melissa K. Windholz (Steve) of Salina, Kansas; son Terry R. Tuma (Laura) of rural Hebron, Nebraska; sisters Carolyn Kasl (Mike) of rural Belleville, Kansas and Marilyn Lovgren of Washington, Kansas; seven grandchildren and many other relatives and friends. Funeral services will be held at 2 PM Saturday, October 29 th , 2016, American Lutheran Church, Belleville KS, conducted by Pastor Thomas Kamprath.   A military salute will follow the service.  The family has chosen cremation.  Visitation is from 2 PM to 8 PM, Friday, October 28 th , 2016 at Tibbetts-Fischer Funeral Home, Belleville. Memorials may be given to American Lutheran Church, Republic County Hospital Long Term Care, or Alzheimer’s Association.   Tibbetts-Fischer Funeral Home, Belleville, Kansas, is in charge of arrangements.

To order memorial trees or send flowers to the family in memory of Jimmie Tuma, please visit our flower store.