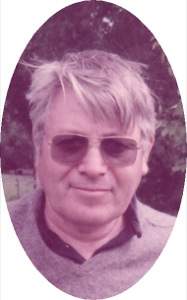 Jose (Joe) Seballoz passed away June 23, 2010 at the Republic County Hospital Long Term Care Facility in Belleville, Kansas at the age of 87 years. Joe married Patricia Helen Howell (pre-deceased) of Hebron, Nebraska, December 7, 1946. Joe and Pat had three children: Cheryl Gibbs of Boca Raton, Florida, Daniel Seballoz of Wichita, Kansas, and Sue Seballoz of Fountain, Colorado. Cheryl is married to Joe Gibbs, Sue to Bruce Coleman and Daniel to Shannon. His parents, Vincente R. Seballos and Lenore Silva of Belleville, Kansas, predeceased Joe. His brother, Mike Seballoz of Hastings, Nebraska, and two sisters, Mary Ock of Portland, Oregon, and Margaret King of Grand Island, Nebraska survive Joe. Joe graduated from Belleville High School in 1942 and attended Kansas State University. He served in the US Navy aboard the NTS Farragut and the USS Freemont as a Signalman S2 during World War II. He was awarded the Victory Medal during the Philippine Liberation in the Asiatic Pacific. He worked for the Belle Crest Dairy for many years and for the City of Belleville in the Police Department.

During his retirement he devoted much of his time to golf and was a member of the Belleville Country Club.

The family will have a private inurnment service at a later date. Tibbetts-Fischer Funeral Home, Belleville, Kansas is in charge of the arrangements.

To order memorial trees or send flowers to the family in memory of Joe Seballoz, please visit our flower store.