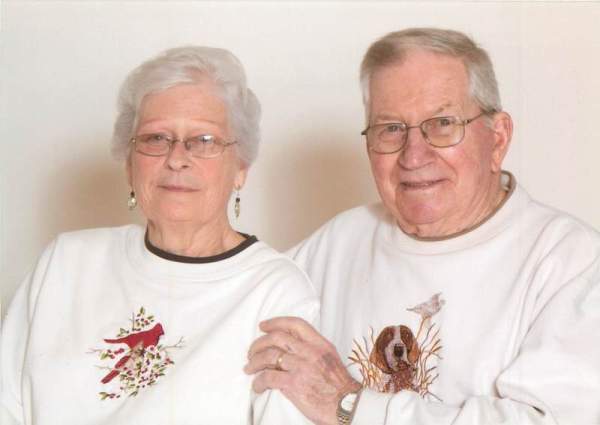 Johnnie C. Dinning, son of Guy and Evelina (Smith) Dinning, was born October 5, 1934 in Franklin, Kentucky. John graduated from Franklin-Simpson High School with the Class of 1953. He proudly served in the United States Air Force, active duty from 1955 to 1959 and inactive Reserves from 1959 to 1963. John married Patricia L. Reed on May 6, 1957. When he first moved to the Courtland community, John worked for Republican Valley Cattle Feeders in Scandia, Kansas. He then went to work for the Kansas Bostwick Irrigation District, spending 30 years mostly as a crane operator on the irrigation canals. John worked part time for Tibbetts-Fischer Funeral Home as a Funeral Assistant for 13 years before recently retiring. John joined the Courtland Covenant Church in 1980 and was an active member, serving on the Church Board and Church Chairman. He also served his community on the Courtland Cemetery Board. John was preceded in death by his parents and his sister Helen Dinning. He will be forever remembered by his wife of sixty years, Pat of their home; several nieces and nephews; other relatives and a community of friends. John’s request was for direct cremation and in lieu of flowers memorials be made to the Covenant Church, Kansas Special Olympics, or Solomon Valley Hospice in care of Tibbetts-Fischer Funeral Home, Belleville, Kansas.

To order memorial trees or send flowers to the family in memory of John Dinning, please visit our flower store.