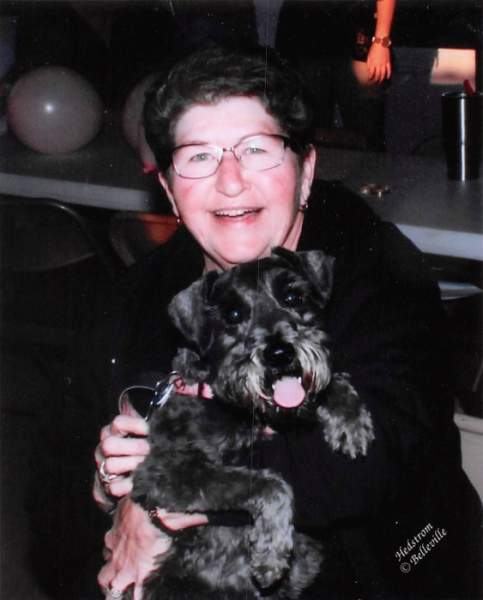 Joleen was working for the National Guard in Topeka while she was dating Terry, and decided that the commute from Topeka to Cuba was too long, so Joleen relocated to Salina, and started her career with the US Postal Service. Joleen rose steadily through the ranks of the Postal Services, working in many locations, and retiring as a District Manager. Following her retirement, Terry and Joleen relocated to Belleville, and Joleen started working for Netflix, Central Division.

During her free time, Joleen enjoyed spending time with her many friends, gardening, cooking, and loving her four legged daughter, Lily Jo.

Joleen passed away peacefully on December 3, 2020, at the Republic County Hospital in Belleville, at the age of 70 years, 8 months and 22 days.

She was preceded in death by her father Vernon, step father Jack Parrack, and sister, Linda Allday.

She will be forever remembered by her husband of 45 years Terry, her mother Melva Parrack of Belleville, her sister Peggy Humpert and her husband Lyle of Tescott, Kansas, brother in law Barry Baxa and his wife Rita of Cuba, nieces, nephews and many friends.

Cremation services were chosen, with a Memorial Service to be held on Saturday, April 17th, 2021, at 1:30 pm, at the Cuba Presbyterian Church.

Memorials are requested to the Alzheimer’s Association, and may be sent in care of the funeral home.

To order memorial trees or send flowers to the family in memory of Joleen Baxa, please visit our flower store.