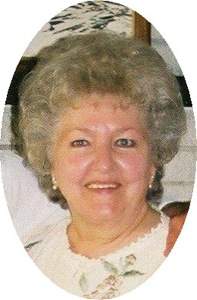 Judy K. (Francis) Blazek was born at on October 23, 1941. She passed away Tuesday, December 28, 2010 from a short bout with cancer at the age of 69 years. Judy spent 28 days at KU Medical Center and passed away at the in . Judy married Darrel Clute for a short time. With this union they had one son, Barry. She worked for Rexal Drug store and Food Mart. On November 27, 1963, Judy married Loren Blazek to become a farmer's wife and worked with the livestock and land which she loved the open spaces, kids, cats, birds, and the clouds. Together they had two sons. Judy was a very dedicated wife and mother. Judy was born when was bombed and on their honeymoon they listened to the radio and heard about JFK's funeral procession. She, we, liked JFK and passed away while the first black president was in office. In the middle 1970s, Judy was secretary/treasurer for the Belleville High School Alumni and for the Pan American Highway Association. During the 80s Farm Crisis as a couple, Judy and Loren went to work for Eldorado Manufacturing Co. and delivered buses and motor homes over many states including Hyannis Port and over the Golden Gate Bridge in California. In the late 1980s she worked for , and with Connie Walenta Ins. Agency then to Scott Specialties for 19 years until retirement on December 1, 2009. Judy was preceded in death by her mother (Dolly Bray-Francis), father (Ike Francis) and first husband. She will be forever remembered by her husband Loren of their home; sons: Barry (wife Kelly) of Ft. Worth, Texas, Brian of Perry, Georgia, and Blaine (wife Michelle) of Belleville; sister Pat (husband George) Schurr, Salina, Kansas; nieces and nephews and their families and many special friends and other relatives.

Funeral services were held Monday, January 3, 2011 at the Central Christian Church, . Burial was in the . Memorial may be made to the Republic Co. Relay for Life or the Christian Church.

To order memorial trees or send flowers to the family in memory of Judy Blazek, please visit our flower store.