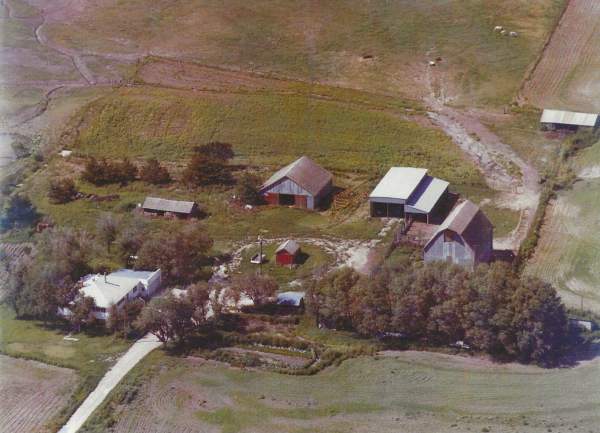 Karlene Jo Konovalsky was born on July 2, 1950, the 4th daughter of Alfred and Elvie (Monson) Konovalsky.  Karlene could never imagine growing up somewhere other than “the farm.”  She loved working in the fields and caring for livestock on the farm.  It provided her with great memories.

She graduated from Courtland High School, Courtland, KS in 1968 and from Bethany College, Lindsborg, KS in 1972.  Her first job after college was at the Sheridan County Hospital, Hoxie, KS.  It was in Hoxie that she met Charles (Chuck) Buechman and they were married on May 31, 1975.  They had two sons, Andy and Randy.  They moved to Larned, KS in 1992 and she worked at the Larned Correctional Mental Health Facility for the next 23+ years, retiring in 2015.  After her retirement they moved to Schowalter Villa, Hesston, KS.

Two organizations she felt passionate about were donating blood to the American Red Cross and supporting KETCH (Kansas Elks Training Center for the Handicapped).  Her blood donations were in excess of 20-gallons.  She would be first in line to support activities sponsored by KETCH.

She attended the Hesston United Methodist Church.  She was a 50-year member of the Order of the Eastern Star holding many offices and gaining many friends during those years.  She was a willing worker alongside Chuck in his work with the Benevolent and Protective Order of Elks.  The Kansas Elks Training Center for the Handicapped (KETCH) held a special place in her heart.  They have been willing volunteers with the Elks Hoop Shoot (Free Throw Contest) Program, even having the opportunity to assist with the 4-State Regional Program for 20 years.

Andy and Randy were the best sons a mother could ask for.  She loved following them in their activities, mostly football, wrestling and golf.  She and Chuck were able to coerce them into taking piano lessons with the promise of a driving lesson after their piano lesson.  They learned to drive stick shift at an early age!

Grandchildren are the best!  Memories of their activities and antics were priceless.  She loved them all so much.

She was proceeded in death by her parents Alfred and Elvie, sister Karen Adams, brothers-in-law Marion Johnson and Robert Smith, and sister-in-law Marguerite Clark and her husband Carlyle.

Burial will take place at Ada Lutheran Cemetery, south of Courtland, KS and just northwest of Kackley, KS on Monday, December 21, 2020, at 11:00 am. A short public graveside service will be held, persons attending the service are requested to wear masks or other facial coverings, and to practice social distancing.

In lieu of flowers, Karlene requested memorials to the Kansas Elks Training Center for the Handicapped or to the Hesston United Methodist Church, and may be sent in care of the funeral home.

Family and friends unable to attend the services are encouraged to leave memories and express their condolences on the Tribute Wall of Karlene’s obituary page on the funeral home website.

Tibbetts-Fischer Funeral Home of Belleville assisted the Buechman family with these arrangements, www.tibbettsfischerfuneralhome.com

To order memorial trees or send flowers to the family in memory of Karlene Buechman, please visit our flower store.