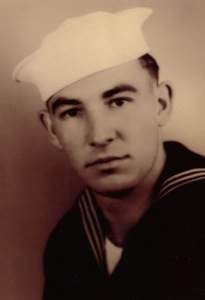 MEMORIALS:  The Parkinsons Association in lieu of flowers

Kenneth Allen (Bud) Reed, 84, of Parker, Colorado formerly of the Courtland area, died Wednesday, January 2, 2013. He was born December 16, 1928 to Charles and Sara Jane (Free) Reed at Randall, Kansas. Bud graduated from Courtland High School and was a veteran of the United States Navy. During his life, bud worked as a diesel mechanic for the railroad. He was preceded in death by his parents; two daughters Lynette and Suzette Reed; and a son Timothy Reed. Those surviving to cherish his memory include his daughter Michele McKelvy, Parker, Colorado; son Steven Raymond Reed, Elk City, Idaho; and granddaughter Effie Ward and great granddaughter Sarah Sperat, Castle Rock, Colorado. Bud is also survived by numerous nieces, nephews, and cousins.

To order memorial trees or send flowers to the family in memory of Kenneth Reed, please visit our flower store.