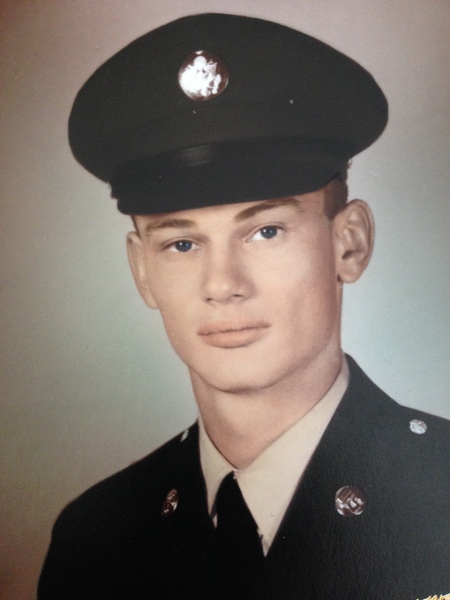 Larry “Chappy” Chapman was born on January 9, 1940 in Medford, Oregon and died Sunday, August 9, 2015 in Belleville, Kansas, at the age of 75. Chappy attended Golden Ridge School and Wakefield Rural High School before graduating from Minneapolis High School in 1958. He was drafted into the Army in 1963, and was stationed in Germany. He owned the International Harvester Dealership in Belleville for several years. He was later employed by Alsop’s Sand Company, where he was well known for his ability to fix just about anything with a motor and his genius mind for designing and manufacturing. He truly enjoyed the challenge of his work. Chappy was a member of the ISIS Shriners, the Fraternal Order of the Eagles (Past President), and the American Legion. Until the very end, Chappy greeted everyone with a smile and a joke and never took himself too seriously. He was a wealth of information on virtually any topic, and never met a stranger. He always said, "You have to grow old, but you don't have to grow up!" and he was young at heart until his final days. He was preceded in death by his father, Floyd Elmer Chapman. He is survived by his children, Doug (Jane) Chapman of Goffstown, New Hampshire, Jenny (Victor) Cerda and grandson, Henry Chapman Cerda, of Boise, Idaho.  He is also survived by his siblings, Marcile Chapman of Manhattan, Sandra (Charles) Bieker of Wakefield, Marilyn (Gilbert) McClure of Kansas City, John (Debbie) Chapman of Wakefield, and his mother, Lila Ruth Chapman, of Clay Center. In lieu of flowers, Chappy requested donations be made to the Tammy Walker Cancer Center at Salina Regional Health Center, where he was treated during his battle with cancer. Please contact (785) 452-4850 or visit their website at: http://www.srhc.com/clinical_services/tammy_walker_cancer_center.php His wish was for his body to be donated for study at KU Medical Center. A celebration of Chappy’s life will be held Saturday, August 15 th , 4-7pm, Belleville Country Club, 2208 Country Club Drive, Belleville, KS. He will be laid to rest at Highland Cemetary in Wakefield, Kansas at a future time. Tibbetts-Fischer Funeral Home, Belleville, Kansas assisted the Chapman family with these arrangements.

To order memorial trees or send flowers to the family in memory of Larry Chapman, please visit our flower store.