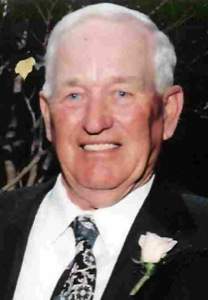 Lawrence Ludwig Ritterling, son of Werner and Sophia (Hoops) Ritterling was born November 1, 1929 on the farm near Byron, Nebraska. He passed from this life suddenly on Sunday, July 24, 2011 at the Broadstone Memorial Hospital in Superior, Nebraska. He was 81 years of age. Lawrence was baptized on November 10, 1929 at St. John Lutheran Church rural Byron by Pastor L.C. Lentz. He was confirmed may 28, 1944 at St. Peter Lutheran Church by Pastor L. Hoefer. He attended rural Byron elementary school and Byron High School and then chose to help his parents on the family farm. Lawrence was drafted into the United States Army in 1951. He served on active duty in the military until being honorably discharged in April 1953. He had 16 weeks of basic training at Fort Jackson, South Carolina and was stationed in Germany during the Korean War. Lawrence was a courier for the Army and since he spoke both High and Low German, he was a valuable translator. While stationed in Germany, he was able to travel to Italy, the Netherlands, Switzerland, and France. During these travels he toured the cities of Rome, Paris, Constantinople, and Vienna. Following his discharge, Lawrence returned to the Byron area. On November 28, 1954 he was united in marriage to Frances Esther Schardt of Carleton, Nebraska at the Trinity Lutheran Church, Friedensau by Pastor H.P. Miller. To this union five children, Randy, Curtis, Marcia, Lyle, and Lynette, were born. Lawrence and Frances farmed together at Chester, Nebraska; Republic, Kansas; and his home place near Byron. He retired from farming in 1994 and they moved into Byron. Lawrence was a lifelong and active member of St. Peter Lutheran Church. Lawrence was preceded in death by his parents; nephew Scott Ritterling; six brothers-in-law; and three sisters-in-law. He will be forever remembered by his wife Frances of their home; his children Randy Ritterling, Kearney, Nebraska; Curtis Ritterling, Evansville, Indiana and his children Elloitt, Ethan and Abby; Marcia and husband Nick Steblay, Ramsey, Minnesota and their daughters Laura and Megan; Lyle Ritterling and wife Brenda, Byron, Nebraska and their children Jason and Sara; and Lynette and husband Pete Mimmo, Wichita, Kansas; his brothers Norman (Myrna) Ritterling, Defiance, Ohio; Marvin (Tobe') Ritterling, Pueblo, Colorado; Orville (Elaine) Ritterling, Palm Bay, Florida; and Verland (Mary) Ritterling, Plymouth, Wisconsin; sisters-in-law Lorene Rupprecht, Portland, Oregon; Vera Schardt, Carleton, Nebraska; Emily Siebennicher, Gilead, Nebraska; Valora Wurtz, Clifton, Kansas; Florence (Delmar) Eickmann, Edgar, Nebraska; and Mildred (Elmer) Holtzen, Deshler, Nebraska; brother-in-law Leonard Schardt, Deshler, Nebraska; many nieces and nephews; other relatives and a host of friends. Funeral services were held Thursday, July 28, 2011 at St. Peter Lutheran Church, rural Byron, Nebraska with Pastors Daryl Nelson and Connie Raess officiating. Burial was in St. Peter Lutheran Cemetery. Military Honors were conducted by the Army Honor Guard of Fort Riley, Kansas. Memorials may be made to the Church.

To order memorial trees or send flowers to the family in memory of Lawrence Ritterling, please visit our flower store.