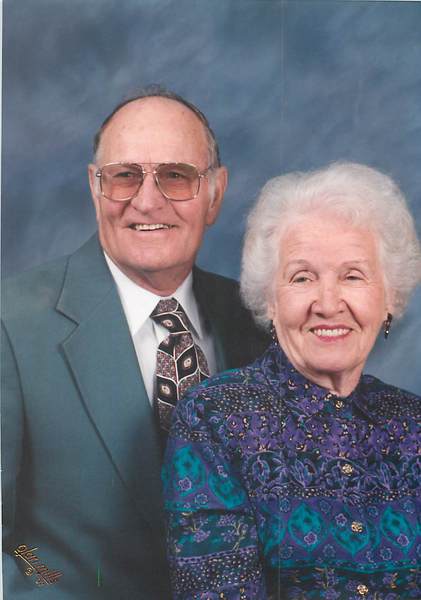 LeeRoy Duane Elliott,  91, of Belleville, passed away Tuesday, November 7, 2017 peacefully at home surrounded by his loving family.  LeeRoy was born on the family farm in Republic, Kansas on October 25, 1926, to Violet and George Elliott, one of twelve siblings.  On April 17, 1949, LeeRoy married Bonnie (Botz) Elliott of Longford, Kansas.  They were married 68 years. LeeRoy was a man of God and instilled that faith in his family.  He was a life-long member of the Republic United Methodist church being one of the oldest members at the time of his death.  He was a talented self-taught landscaper, helping countless friends beautify their yards.  He was an avid bow hunter with his last hunt as recent as last fall shortly after he turned 90.  He spent countless hours in the timber on his farm enjoying nature and always patiently waiting for the “big one” which he often successfully bagged.  Roy shared his love of hunting with his family and countless friends from as far away as Brownsville, Texas who made the annual pilgrimage to hunt with him.   He rediscovered his love and talent for horseshoe pitching during his winter Texan days and became a valuable member of the Republic County Ringers, often winning trophies in the over-80 age group.   LeeRoy retired from farming in 1986 having farmed on the family farm west of Republic since he was 16 years old. He and Bonnie enjoyed their retirement years as Winter Texans in Brownsville, Texas near their daughter and her family.   Roy was one of the first Republic County farmers to grow milo having received seed from his brother-in -law, Dale Wright, who brought it to him from Texas.  During the Jimmy Carter years, Roy grew a few acres of peanuts and the entire community of Republic enjoyed fresh roasted peanuts that winter. Survivors include the love of his life, Bonnie, of the home, Keenan (Linda) Elliott of Belleville, Craig (Jan) Elliott of Courtland and Lecia Chaney of Kingwood, Texas. Grandchildren, Matthew (Kelsey) Elliott of Kingwood, Texas,  Nathan Elliott, Colton, CA, Jennifer Lang, Lawrence, Kansas, Nicole (Ryan) Bays, Lenexa, Kansas, Michael (Bonnie) Elliott of Ft. Worth, Texas, Elizabeth Chaney, Kingwood, Texas and Elliott Chaney, Lawrence, Kansas.  Roy was the proud great grandpa to nine great grandchildren, Jonathan, Spencer and Leah Elliott, Sophia, Solveigh and Acacia Lang, Elliott and Penelope Bays and Jack Elliott.  He was preceded in death by his parents, son-in-law Stuart Chaney,  sisters Evelyn, Gertrude, Ruth, Lucille and Dorothy;   brothers, Irving, Melvin Kent, George and Howard.  He is also survived by his sisters Vida Boman and Verlene Veteto along with numerous nieces and nephews.

To order memorial trees or send flowers to the family in memory of Lee Elliott, please visit our flower store.